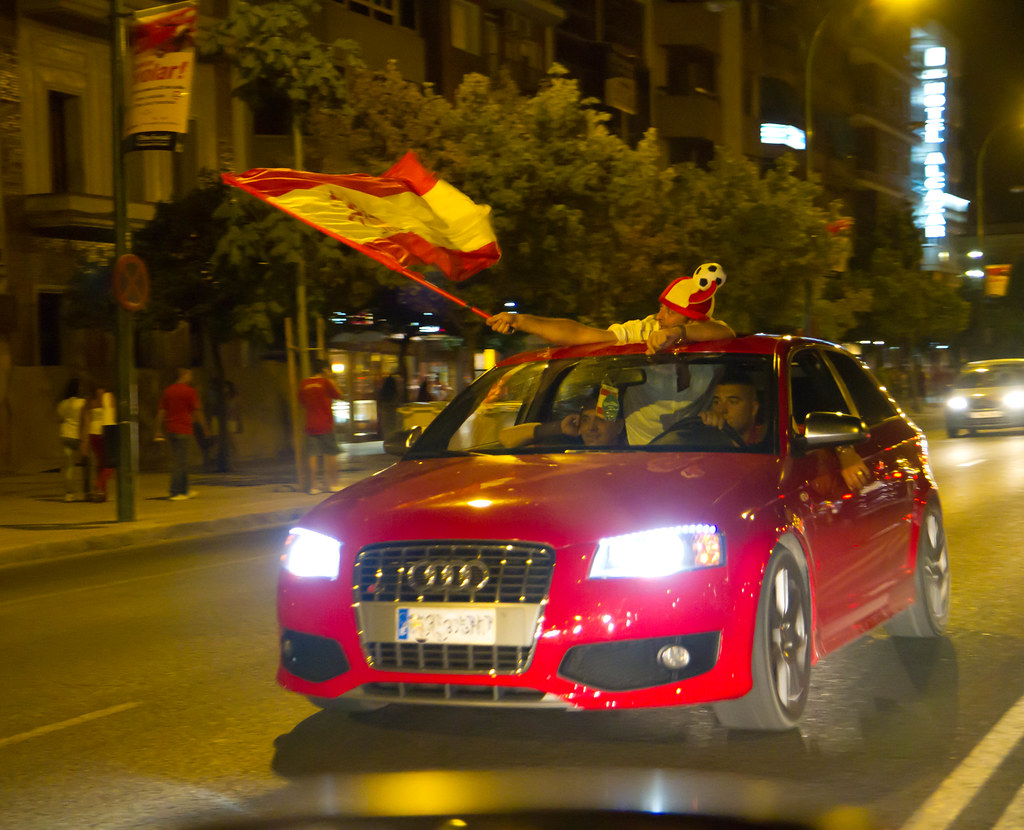 With the first African World Cup now over, it’sÂ time to pass judgement. Here is my own humble awards ceremony.

Player of the Tournament

Made an erratic if impressive showing at his first World Cup as a left winger, 4 years on and Bastian Schweinsteiger has matured into an accomplished holding midfielder. An excellent club season at Bayern carried into the tournament, where he easily replaced the injured Michael Ballack and displayed a superb range of passing and calmness on the ball.

His best performance came against Argentina, where he took responsibility for dealing with Messi, freeing Sami Khedira, and still managed to showcase his playmaking abilities. Despite this, he and Germany came unstuck against Spain. They denied him the time or space on the ball he had been gifted before, though that’s more a testament to how brilliant Spain were than a knock against the otherwise outstanding Schweinsteiger.

Young Player of the Tournament

Much was made of Germany’s young squad going into the tournament and so, with their success, it’s unsurprising one of their players takes this award. It could have easily gone to Thomas Muller, but I picked Mesut Ozil. The 21 year-old attacking midfielder captured the imagination throughout the tournament with his skill on and off the ball; most notably in his performance against England, where he continually dragged the English defence out of position to terrific effect.

Goal of the Tournament

There’s quite a few to choose from but I pick Sipiwe Tshabalala’s opening goal against Mexico. An excellent shot was made all the more special by the backdrop of South Africa’s World Cup and the team’s brilliant celebration afterwards.

Disappointment of the Tournament

The token booby prize goes to France. Appalling performances on the pitch and shocking behaviour off it saw France exit with a point more than they really deserved. Anelka’s childish insulting of Domenech, the subsequent boycotting and talks of bullying in the camp all added up to a massive circus with its fair share of clowns. Quite simply,Â a farce.

Team of the Tournament 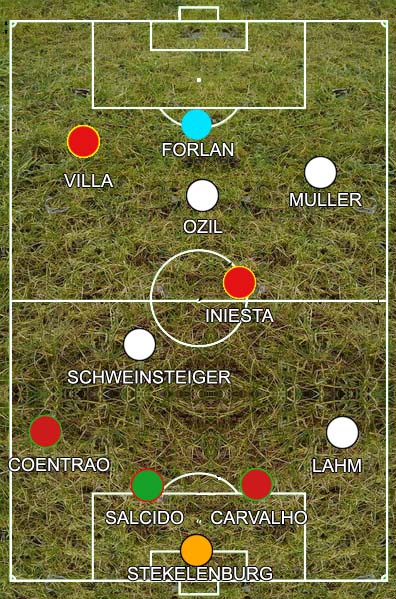 I realise that Salcido did not play at centre-back at this tournament but wanted to include both him and Coentrao, plus there were no other standout centre-backs.