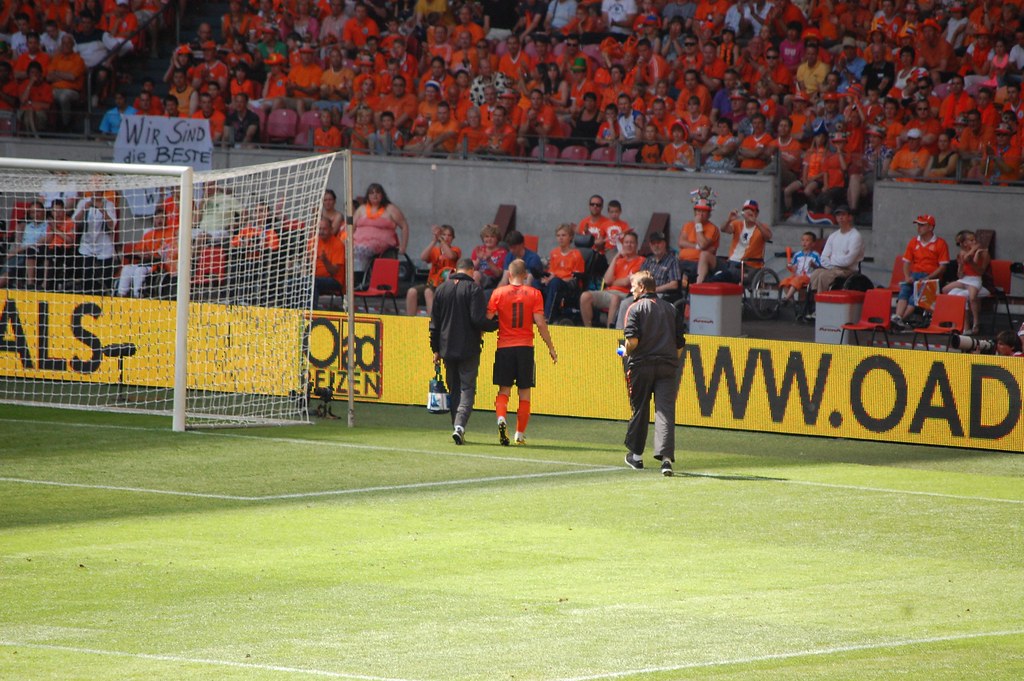 Discarded by Real Madrid at the start of the year, Arjen Robben has proved his doubters wrong this season, leading Bayern Munich to a league and cup double and a Champions League final with a a string of spectacular goals against Schalke, Fiorentina and Manchester United, and taking part at the forefront of an emerging tactical trend.

Dubbed an “inverted winger”, Robben is part of a trend that sees wingers operating on the opposite side to that their natural foot should dictate; the left-footed playing on the right and the right-footed on the left.

How is it then that Spain can defend against it?

Use a right-footed left-back

The first example of this (as far as I know) is Rafa Benitez’s deployment of Alvaro Arbeloa at left-back against Barcelona in January 2007. Lionel Messi’s tendency to drift insideÂ  was combated by Arbeloa defending on his better foot. This tactic was deployed against Holland at this World Cup by Uruguay. To combat Robben, Martin Caceres was used as a right-footed left-back and was generally comfortable in dealing with him.

The wrong-sided attacker against the wrong-sided defender eliminates the awkardness and shows the attacker outside rather than inside, which is where they don’t want to go. The downside to this is that it impairs the full-back’s ability to provide width in attack, as they’ll have to cut inside on their wrong foot too. 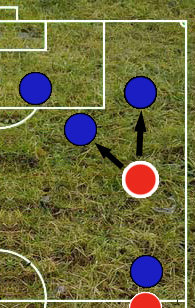 Another tactic Uruguay employed against Robben, with Alvaro Pereira dropping back to help out Caceres, creating more people for Robben to get past. The observance and transgression of this tactic in dealing with Robben can be seen inhis games against Internazionale and Brazil.

I pointed out in my analysis of Brazil that Felipe Melo would need to help out Michel Bastos if they were going to contain Robben. He didn’t and Michel Bastos was isolated. Forced into fouling Robben, he was fortunate not to be sent off and Dunga replaced him with Gilberto before he definitely was.

Inter, on the other hand, contained him brilliantly. Chivu sent him outside and Cambiasso met him when he came inside, while Pandev tracked Lahm, ensuring he couldn’t pass it back to him.

A tactic that Spain had trouble with against Ottmar Hitzfeld’s Switzerland. Playing inverted wingers themselves (Iniesta on the left and Silva on the right), Spain’s attacks were incredibly narrow and continually ran into the Swiss defence. It wasn’t until Jesus Navas was introduced that Spain had much width and he, despite looking dangerous, didn’t offer much of an end product.

One of the great things about the inverted winger is that it opens up space for overlapping full-backs. Without them though, the attacks can be too narrow and it’s worth noting that van der Wiel is a converted centre-back and so isn’t that attacking.