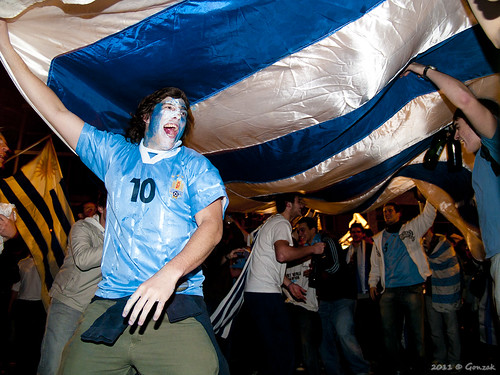 And the dullest tournament in recent memory award goes to…

Player of the Tournament

There’s several tempo-setting midfielders that could stake a claim, but we are going to have to agree with CONMEBOL and go with Luis Suarez. Uruguay’s set-up was geared towards giving him and Diego Forlan a defensive base to create upon; while Forlan’s success was mixed, Suarez was brilliant, posing a constant danger in attack with his superb ball control and clever movement and an annoyance in defence with his tireless hassling of the opposition.

Young Player of the Tournament

Both Mexico’s Jorge Enriquez and Costa Rica’s Joel Campbell impressed in the group stages, but once again CONMEBOL’s choice of Sebastian Coates is probably the correct one – the defender often looking more solid than his more experienced partner Diego Lugano.

Goal of the Tournament

There wasn’t a great deal to choose from, but we could certainly do worse than Sergio Aguero‘s goal against Bolivia in the opening game.

Manager of the Tournament

Cesar Farias did brilliantly to guide minnows Venezuela to the semi-finals, but this can only really go to Oscar Tabarez. He found a brilliant set-up for Uruguay and showed great flexibility when adapting his side to their opponents. Helps that he obviously won the tournament too.

Disappointment of the Tournament

No shortage of contenders here, nevertheless hosts Argentina must surely win. Coach Sergio Batista had an unenviable job balancing a very top heavy side, but still did a terrible job.

Team of the Tournament 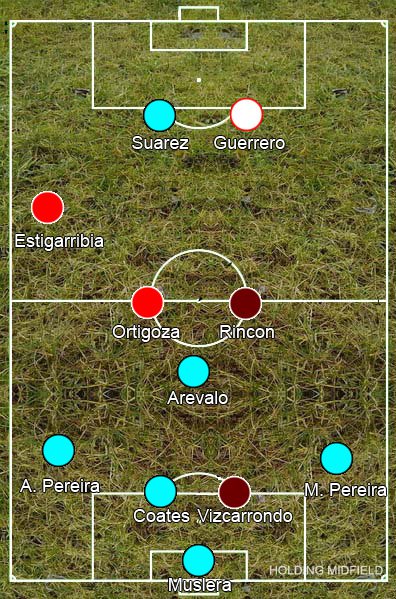 One thought on “Copa America 2011 awards”