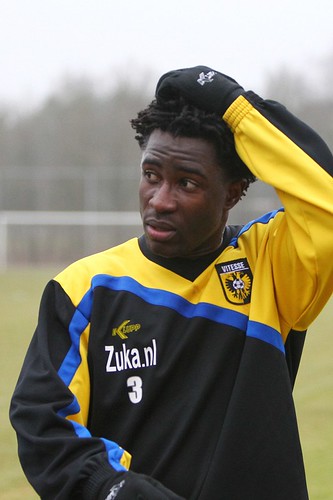 Wilfried Bony seemed to have become relatively popular in English football circles, or at least those trying to piece together a fantasy football side, without even kicking a ball in the country. The Ivorian’s 37 goals in 36 appearances for Vitesse Arnhem caught the attention of Swansea and the admiration of those looking for a cheap striker likely to score goals in their fantasy football teams, but Mateja Kezman and Dirk Kuyt are among a sizable group of high scorers in the Eredivisie that never translated those goals to the Premier League. Two goals and an assist on his debut against Malmo assuage fears a little, particularly the subtle movement and flicked header for his first, after an equally promising pre-season, but there was little of note in his cameo Premier League appearances. Nevertheless, just as it’s too early to say that the signing was good simply because he looks like a decent player, it’s too early to say he will fail. What we can do however is ask whether or not his signing makes sense within the context of Swansea’s play.

Bony appears to have been brought in to supplement Michu. The Spaniard had a stand-out debut campaign, but the fact that no other Swansea player managed more than 5 Premier League goals to Michu’s 18 suggests a dependence on him and worries about whether or not opposition defenders will have clocked onto how to stop him means Bony was brought in as a foil. Talks with the press so far have focussed on this relationship: “Me and Michu are working well together. I like him, he always shows great technique and positioning, and we know a little more about each other every day and getting better and better with it. We talk a lot and getting to know him is good for me because it is not easy to come in and adapt in just a few games, and to start with we will miss some passes and chances because of communication. Thatâ€™s something we have to work on and we will both try to do better every time, and I think we can. Michu did very well last season and this season could be tough because now defenders know him. Maybe it will help me if defenders are looking at Michu, but everyone knows how we play and the team is more important, and I think and hope he can do better than last season to help the team. He is a good player and I hope he does stay like we think because he is very important to the team.â€

Michu arrived in Wales as an attacking midfielder, but success early on and his muscular build saw Michael Laudrup move him forward to play as a lone striker. “My biggest strength is bombing into the box as a second line of attack that nobody notices,” he said in an interview with FourFourTwo. “I prefer to play as a no. 10 because it’s easier to find that space. I offer something different to the smaller playmaker because I’m taller and a bit stronger. They can be overpowered, especially in the area, but I’m not. I can understand why I’ve been playing as a centre-forward, and I’ll continue to play as long as the manager picks me, but I love playing off a striker.” Presumably, the plan is to give Michu his wish of playing deeper, and let Bony lead the line ahead of him. Fine on paper, but it wasn’t his performances in midfield that set the world on fire last season, was it?

While his ability to link play and drift away from defenders made a great added bonus to the typical bulky goalscoring number nine archetype, it is the bare minimum expected of him in an attacking midfield role – when moved back, he could go from being Swansea’s best player to a run-of-the-mill playmaker. His overall play was good, but the majority of Michu’s goals came from pressing high up the pitch to snatch at defenders’ mistakes, crosses and the occasional rebounded tap-in, which are a lot more difficult to benefit from when you are playing in a deeper position.

It’s absurd to insist on Michu being a major creative force against Manchester United and Tottenham, but he didn’t really show anything to suggest he would be able to play in this role in the future. His height does give him an edge over many of his peers in the air – a tactic that Marouane Fellaini made use of for Everton, finding winning aerial duels against scurrying midfielders much easier than uncompromising centre-backs – yet the extra bulk also makes him less mobile than them and his lack of movement was a major issue as Swansea tried to get the ball forward.

The modern number 10 can’t be as static as Michu was. Four band formations have seen that space squeezed out, so the number 10 must always be looking for it elsewhere to ensure they aren’t marked out of the game. Michu was fixed to that area in the middle and easy to defend. The fact that he was never in a position to receive the ball or making movements to open up space for others in that area meant that he rarely received it, so could never be relied upon to create anything. That player in the hole is typically who the team depends on for their attacking supply but Michu offered very little.

His mobility and movement was a plus when playing as a striker, and dropping deeper had some effect as it unsettled the defensive line and allowed him to engineer some space for himself either between the lines or behind the defence to run into, but there’s a different level expected when he’s playing in the hole and he didn’t come close to fulfilling it. The only thing he really showed he could do was make some undetected runs from deep, like Kevin Nolan and Tim Cahill specialised in.

The other problem was that his only movement moved him closer to Bony, making a 4-4-2 that doesn’t fit with Swansea’s passing play.

This is fine if Swansea want to change to a more direct style of play. Michael Laudrup already did this to some extent by making Swansea a more counter-attacking team, making greater use of their talented wingers, but switching to a 4-4-2 in the long-term would require a complete change in the way they use the ball, ripping up the extensive blueprints that got them to the Premier League in the first place. If Laudrup isn’t willing to do that then one of Bony or Michu may have to give, as, in their current possession-based gameplan, Swansea are shooting themselves in the foot if they allow themselves to be outnumbered in midfield.

It is still early days, and two games against some of the best teams in the league aren’t really a good indicator of how he will fit in, yet there is a decent chance that Swansea have spent a club record fee for a striker that will have to share playing time with their best player if they don’t want to change their style of play.