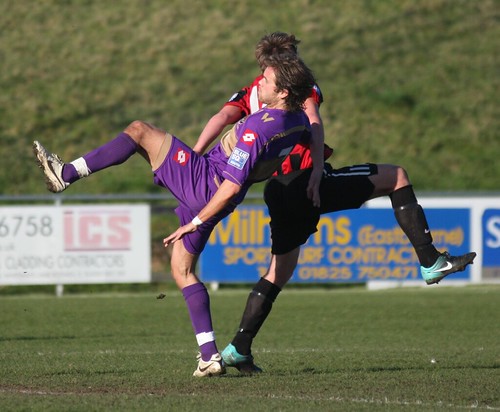 When Spencer Day leads out his Farnborough side in the Blue Square Southern Conference against Barrow on Saturday he will join a small and exclusive club. Following a deal this week that saw a consortium led by Day haul the club out of administration the Boro manager will become one of a rare breed to have had a controlling influence in both the boardroom and the dressing room. Itâ€™s an arrangement seldom tested, yet one without which the club would likely have been banished from the non-League pyramid this summer on account of failing to satisfy the league authorities criteria for long-term solvency. However, given recent track records that have seen both Day and the club fall foul of existing financial regulations laid down at Conference HQ and in the courts, all bets on whether a smooth road lies ahead for Farnborough are hedged.

The club, for whom Day has been the primary spokesperson on all financial matters, were placed into administration back in April in a bid to encourage a buyer after it was felt that debts nearing Â£2million could act as a deterrent to potential investors. The word at the time was that the club could have continued to trade under those conditions but that outstanding debts involving previous club directors were putting a de facto block on any significant financial remodelling. Receivership carried the familiar sporting sanctions â€“ 10 points under current Conference regulations â€“ which were comfortably absorbed by a side that had performed fairly over the season, and Farnborough begin the 2013/14 season with a financially clean slate following the settling of all football debts via a CVA drawn up by the administrator. Progress indeed, but for fans there will be a sense that this is a rocky road that has been trodden before.

The current incarnation of the club rose from the ashes of Farnborough Town after liquidation saw them wiped out back in 2007. Re-born into the eighth level of the pyramid it has been a heady ascent that has produced two quick fire promotions, but uneasiness lingers over how close to ruination the club have found themselves so soon after a hard-won revival. Day has done his best to smooth furrowed brows: â€œWe could have carried on. We had been self-sufficient (last) season but the historic debts kept on coming,â€ and the party line is that the decision to bring in the receivers was taken preventatively rather than as the final act of a dying ember. Even so attempts from within the clubâ€™s hierarchy, again voiced the ubiquitous Day, to explain away the bulk of the Â£2million debt by invoking money owed to directors and trusts who have disappeared from the equation leaves the CVA looking contentious. So far the Conference have made no noises that the agreement is cause for concern but history casts a stubborn dye over this corner of the football world.

It was earlier this summer that Aldershot were granted their golden share in the Conference Premier without providing for the authorities any guarantee of financial solvency for the coming season. The Shots steered themselves to safety before the administrator was forced to draw blood and leave the league one club light but there is a suggestion that too much is being left to chance in the way the league holds its members to account – ad hoc speculation on fiscal futures rules de facto over tight regulation.

The spectre of Aldershot hangs over the re-building project at Cherrywood Road in more ways than one. Not only was the Shots recent parlance with liquidation also played out against the narrative of a club that rose again from the dirt having crashed and burned in the early nineties, the key name in an eleventh hour bid to rescue the club back in 1990 was one Spencer Trethewy who pledged Â£200,000 to the rescue fund to keep Town, as they were then, in business. Fast forward twenty years, skipping over another name change (this time for Trethewy nee Day) and an eleven month jail spell for trading in spite of a suspension imposed by the Companies Act, and weâ€™re somewhere approaching a fuller picture of the Boro manager-cum-saviourâ€™s business CV. Back in 1990 Day put up funds that, it transpired, werenâ€™t his to invest and at just nineteen years old he was summarily axed from the Aldershot board under an accusation of signing a fraudulent affidavit that had risked the clubâ€™s solvency. Now he holds the reigns at a prominent non-League outfit again.

Whichever way the cake is sliced more questions over the running of the club seem to come crumbling out. In February 2012 the club were docked 5 points and given a Â£5,000 suspended fine for submitting misleading information in their quarterly report and the headlines havenâ€™t really stopped since. As the dust begins to settle for now on the issue of the clubâ€™s solvency, attentions are already turning to a sponsorship deal with an as-yet un-named third party that has seen the bulk of the playing staff change their names via deed poll to mimic famous names from football past and present. Until the deal expires Day will go by his third name in as many decades â€“ Jose Mourinho, since you ask â€“ whilst presiding over a team featuring Pele, Maradona and Zidane. Stranger tales have unfolded in the recent history of the non-League and it makes for a telling footnote that Day (nee Trethewy/Mourinho) seems to have been the author of most of them. Farnborough fans will yet be hoping they donâ€™t continue to suffer the misfortune of living in interesting times