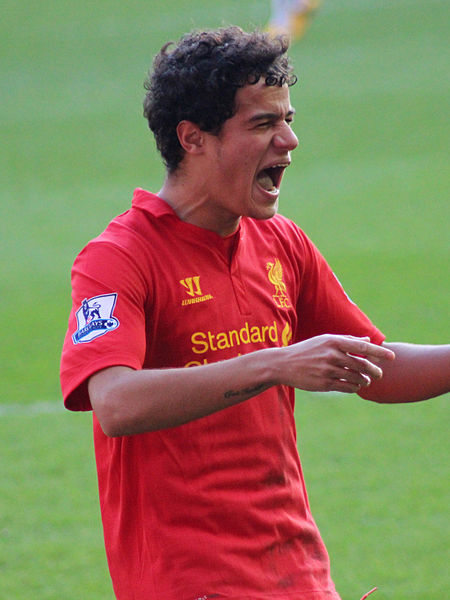 Pundits on Betfair have been vocal in their admiration for the start that Liverpool have made to the new season, and a great deal of the plaudits have been laid at Brendon Rodgersâ€™ feet for strengthening his squad in key areas over the off-season.

Whilst the Reds admittedly now look a lot stronger at the back following the acquisitions of Kolo Toure, Mamadou Sakho, and Tiago Ilori, there remains no obvious replacement for the mercurial talents of young Phillippe Coutinho now that the former Inter Milan midfielder finds himself out of action until the end of October.

Following his substitution after the shoulder injury forced him out of the action at the Liberty Stadium, his teammates struggled to create openings against resolute defending, the squandered possession inviting pressure on their own back four and eventually resulting in an equaliser from Michu.

This most recent setback may just slow Liverpoolâ€™s early season momentum, but Brendan Rodgers will still be far happier by the talent at his disposal than he was twelve months ago with new recruits Victor Moses, Luis Alberto, and Iago Aspas providing alternative goal-threats.

Midfield creativity is the key to Liverpoolâ€™s new football philosophy, and with Lucas an ever-present as the holding player alongside Gerrard, who is now playing deeper than in previous seasons, someone is required to work between the lines and pull the strings to release Daniel Sturridge.

But with the impending return of Luis Suarez â€“ the Uruguayan sits out the final game of his suspension against Southampton this weekend â€“ Betfair writers have suggested that Rodgers may utilise two strikers until his talisman returns.

Then, with Suarez playing in the hole just behind Sturridge, Liverpool will have found a way to pair two of the most potent strikers in the Premiership and could arguably turn a perceived position of weakness into one of strength.