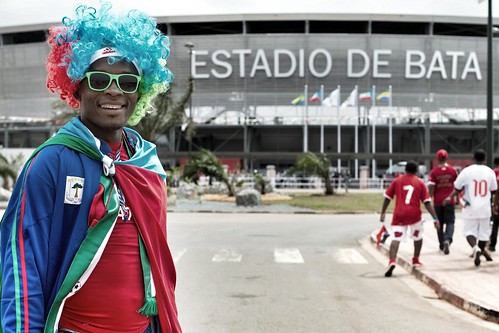 One of the most exciting and unpredictable Africa Cup of Nations tournaments in my short life is over so hereâ€™s my own little award ceremony to celebrate.

Player of the tournament

I always try and think of an alternative to the official player of the tournament but I canâ€™t think of any other player but Christopher Katongo, this was a tournament of counter-attacking were wide forwards flourished but Katongoâ€™s intelligent movement off the ball and combination with the other forwards in Zambiaâ€™s 4-2-2-2 makes him the standout.

Young player of the tournament

Emmanuel Mayuka and Guinean Abdoul Camara impressed but Neymarâ€™s look-alike Pierre-Emerick AubameyangÂ  gets this, his speed, dribbling and ability to play everywhere across the front three gave Gabon great attacking versatility and a constant threat.

Goal of the tournament

Quite a few screamers but I have to go for Bruno Zitaâ€™s free-kick, which sent the Moroccans crashing out in the last minute and Gabon into the next round.

Manager of the tournament

Only one candidate here, Herve Renard used a variety of formations in the tournament and made vital substitutions leading to Zambia going all the way in this tournament

Disappointment of the tournament

Team of the tournament

I know El Kaddouri wasnâ€™t great but I could not think of an exceptional left back.