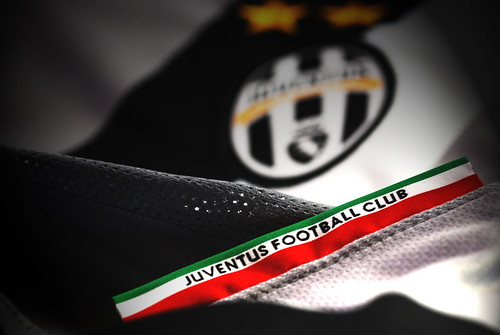 This is the first in a 12-part series examining one-by-one the teams I believe to be the twelve greatest club sides in football history. Bear in mind the selection is completely based on my own opinion and picking the twelve greatest sides out of the hundreds and thousands that have played the game down the years then ordering them is a very difficult job, so do not take offense if you disagree with the chosen sides and their placing. If the number chosen does not made sense, it is because a new addition to the series will be made at the beginning of every month, making twelve the perfect number.

One of the few significant criticisms you can level at Sir Alex Ferguson is his relative lack of success in Europe. For someone so successful, two Champions League trophies in 25 years is not a great return. The total would probably be higher were it not for the spectacular rise of Barcelona under Pep Guardiola, but “we would have won more if the other teams weren’t better than us” does not hold up as a great excuse.

That being said, it cannot be said he has not made the moves to correct this underachieving. At the turn of the century, Ferguson started to make moves to playing a more patient style which would suit playing in european competition rather than their traditional more direct wing-based gameplan. However their first Champions League trophy was won in 1999 before they made these tactical switches, and it is fair to say United were not a dominant champion. Although playing a more cultivated game than the stereotypical British team, they played with the passion and never-say-die attitude you would expect from a traditional English side, relying on a battling spirit and comebacks. The last minute goals in the final ensure its place in United fans’ hearts, but the semi-final tie against Juventus was arguably the more significant round, like Barcelona for Internazionale in 2010. The main reason is Roy Keane’s magnificent performance in the second leg – picking up a yellow card that ruled him out of the final should United get there, he stamped his authority all over the game, dragging United into a final against Bayern Munich teeth bared.

The only real issue with this eulogising of the semi-final is that Juventus were not actually that good by then. Just a handful of seasons earlier they had beaten United home and away, but a serious knee injury for Alessandro Del Piero meant Juventus now stuttered in attack and coach Marcello Lippi was replaced by Carlo Ancelotti in February, eventually finishing 7th in Serie A. It was a horrible ending of an otherwise highly successful five seasons in Turin for Lippi.

Lippi took over Juve in 1994, replacing the legendary Giovanni Trapattoni at the end of his second stint at the club. Juve were going through a rough period: it had been eight years since they had won Serie A, but, with that being said, they were not in crisis, having finished second in 1993-94. What they needed was a couple of tweaks, so Lippi gave them what they needed.

The most important thing Lippi did was focussing on the team rather than individuals, making everyone work for the team but also ensuring that everyone was replacable. The back four of the 4-3-3 he implemented was a staunch wall protecting Angelo Peruzzi, but who made up the numbers varied: in the first leg of the UEFA cup final, they fielded Massimo Carrera, Luca Fusi, Alessio Tacchinardi and Robert Jarni yet in the second leg only Jarni remained, Ciro Ferrara, Sergio Porrini and Moreno Torricelli replacing the others.

As a great Juventus side should be, the side was functional if not spectacular: the midfield three mostly consisted of midfielders like Didier Deschamps, Paulo Sousa, Angelo Di Livio, Antonio Conte, Giancarlo Marocchi and Tacchinardi – all very good players, but the dependable kind rather than creative but surly geniuses. Although it may look overly defensive on paper, the set-up created a solid base for the front three to attack the opposition. The three always used naturally central forwards, like Gianluca Vialli, Fabrizio Ravanelli and Roberto Baggio – even Del Piero couldn’t be described as a winger – but each had a more refined game that meant they could move along the line rather than providing a static and easily defended glut in the middle.

Lippi had created a team that was both rigid and flexible in its attacking and defending and with it he won Serie A and the Coppa Italia, only missing out on the UEFA Cup in the final. With their potential now untapped, Lippi simply went about refining it.

Out went Baggio, possibly the greatest Italian player in history but not capable of the defending Lippi wanted from his team. The majority of the side would defend based on positioning, sitting deep and shepherding the players around unless they had significant cover, but the three attackers were expected to press from the front. One would often tuck in, playing deeper in the hole, but the others would push on and press – this meant they were targetting the technically weakest players, making it the most realistic way of winning back the ball and doing so close to goal. The deep positioning of the rest of the side made long balls forward for the opposition somewhat pointless and the large gap that would open up between Juve’s midfield and attack was negated by the use of quite a few attackers – three men being enough to ensure there was not enough space to put the ball through into this area.

With Baggio gone, the creativity was provided now from midfield – Sampdoria’s skillful Vladimir Jugovic coming in and offering more defensive stability, while Pietro Vierchowod and Juan Pablo Sorin also bolstered the defence. They missed out on the scudetto, finishing eight points behind Fabio Capello’s Milan, but conquered all comers in Europe, winning the Champions League on penalties against Ajax.

After their tremendous success, you would expect Juventus to have attempted to keep the side together, but instead it was rebuilt. Out went strikers Ravanelli and Vialli, as well as the established Vierchowod, Carrera and Sousa, to be replaced by a young Christian Vieri and Lazio’s Alen Boksic, with Ferrara now forging a brilliant partnership with Paolo Montero, and Mark Iuliano also joining the defence. The most important transfer was the purchase of Zinedine Zidane, who proved to be a revelation,while Del Piero hit top form. Mistakes in the final meant they lost out to Borussia Dortmund in the Champions League but they snuck ahead of Parma to win Serie A.

The success of Zidane required some tactical manipulation from Lippi, switching to a 4-3-1-2 and 3-5-2 to ensure the defensive stability remained. This meant they became a generally more rigid outfit: in came Edgar Davids to add yet more steel in midfield to protect Zidane, while Pippo Inzaghi replaced Vieri to play a more basic but successful poacher role. However, while they had won the previous title on the success of their tight defence, the switch saw them score more on their way to the 1997-98 scudetto – Del Piero and Inzaghi finshing among the league’s top scorers with 21 and 18 goals respectively. They once again made it to the final of the Champions League, only to lose 1-0 against Real Madrid thanks to a Pedrag Mijatovic goal.

The next season, everything went downhill for Juventus – the fact they had even made the semi-final to face United was one of the few saving graces of a painful year for La Vecchia Signora. Still, in the previous four years, Lippi had masterminded one of the greatest sides in history.