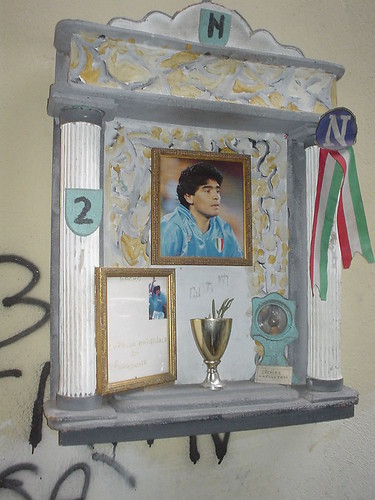 At the beginning of the year I made some predictions about how I think tactics will adapt over the next few years. They were all based on the idea that football works in cycles – things will go out of fashion, but eventually the landscape will change enough for them to be the answer to another problem that arises later down the line. Take the example of the regista: years ago Fabio Capello found himself replaced by box-to-box midfielder Marco Tardelli, then years later Andrea Pirlo returned to the base of the midfield to dictate the play.

The main problem today is Barcelona. They are quite simply a level above any other team on the planet – and arguably in history – so how do you go about beating them? Many have taken to replicating them, but the fact that Barca have most of the best players in the world playing for them makes it pretty hard to beat them at their own game – even if you do spend hundreds of millions like Real Madrid. Part of this idea probably gambles on a future downturn; at some point Barcelona will finally crumble, these teams who have been mimicking them will be ready to take their place when it comes.

So should we all just sit around twiddling our thumbs waiting for them to slip, or is there something we can do for the time being? If you are unlikely to beat them at their own game, what about doing the opposite? The fact it’s a horrible cliche shouldn’t disguise the truth: Barcelona probably would have a tougher day at a windswept Britannia stadium than they did against Man United in the Champions League final. But then just because Stoke’s play may suit a one-off match against Barca, doesn’t mean it’s going to help them dominate QPR next season. Stoke are very good defensively, but not good enough going forward to be a top team – there needs to be a balance of quality between attack and defence, so is there a way of doing that without making all eleven players perform both tasks like Barcelona do?

The answer to the Barca problem may be to look at the last truly great side: the AC Milan team of the late eighties and early nineties. They are one of the most frequent examples of the pros and cons of universality used on the site, so it’s about time we looked at them in greater detail, rather than the repetitive paragraph we are currently giving them every now and then.

In part one, we will have a look at Arrigo Sacchi’s more entertaining edition of Milan, with their universal philosophy, get torn apart by Ottavio Bianchi’s Napoli, built to get the best from Diego Maradona.

For all their brilliance, Sacchi’s Milan were built on some very basic principles, none of which would appear all that special today. The first of which was the use of zonal marking instead of the sweeper that had become a prerequisite rather than just the norm in Italy. Napoli briefly attempted to employ zonal marking under Luis Vincio in 1974, while Niels Liedholm had some success using a less pure form at Roma, but it was Sacchi who caught the eye. It took a few years but eventually everyone caught on – it’s now extremely rare to see teams man mark. The most obvious anomaly is Greece at Euro 2004, and their success was largely based on people forgetting how to solve the problem of man marking.

Man marking meant the opposition dictated where the defending team positioned themselves. With zonal marking, Milan took control. Despite there being plenty of previous successes – Rinus Michel’s Ajax and Netherlands; Victor Maslov’s then, more famously, Valeriy Lobanovsky’s Dinamo Kyiv; Osvaldo Zubeldia’s Estudiantes – with the concept of pressing, it wasn’t until Sacchi that most teams began to embrace it. Milan pushed high up the pitch, looking to win the ball back quickly and force the opposition into mistakes. To ensure they didn’t leave gaps, the players were told to leave no more than seven metres between the lines of attack, midfield and defence.

Then there was the universality itself. It’s a simple concept: everyone has the same responsibility, to attack and defend. Of course, position dictates how often a player will be doing one of the jobs more than another, but the principle remains the same. Everyone is equal. This is one of the major cons of universality: it’s really hard to create an equal team of high quality – however it’s not so hard when you have Silvio Berlusconi trying to flaunt his way into Italy’s Prime Ministerial seat.

While Sacchi’s squad construction was bankrolled by Berlusconi’s riches, Napoli’s squad was being expensively assembled by Maradona effectively blackmailing Corrado Ferlaino. “Buy three of four players and sell the ones the crowd whistle at,” he claims to have told the club president. “If not, start thinking about selling me because I’m not staying like this.” For all the accusations of being a one man team, Napoli were more than simply Maradona – in his first season there they finished 8th in Serie A. The team was built around him, but he had some talented support: Alessandro Renica was brought in to play as a libero, and was joined by Brazilians Alemao and Carceca and the hard-working Fernando De Napoli, while Bruno Giordano and Claudio Garella were brought in too, although they were moved on by the time of this match.

As Sacchi said, “When I started, most of the attention was on the defensive phase. We had a sweeper and man-markers. The attacking phase came down to the intelligence and common sense of the individual and the creativity of the number ten.” Napoli’s number ten was Maradona though, arguably the most talented player of all time, so it’s understandable if they were happy to set up as everyone else was. Careca lead the line, while Andrea Carnevale had a floating role and the tireless De Napoli offered support. Other than that, the occasional foray forward and Renica’s passing aside, everyone else’s role was defensive.

Thus we have our set-ups. Napoli sat deep and mostly relied on Maradona, Careca and ocassionally Carnevale and De Napoli for their attack – there was an amusing moment close to half-time where Careca works his way down the right to send in a cross and only Maradona can be seen on screen, only just entering the box as it comes in – while Milan pressed high and everyone was responsible for attacking.

Although engrossing, the first half was fairly uneventful until Maradona’s opener late on. The goal highlighted a flaw in Milan’s gameplan – the offside trap’s potential had gone relatively untapped in the years preceding Sacchi’s Milan, and its introduction allowed Milan to overload their opponents. It is, however, incredibly risky; all it needed was one wrong move, or poor call by a linesman, and the opponent was alone with a lot of time and space against Giovanni Galli.

It wasn’t the first time it had happened though: earlier De Napoli had timed a run perfectly to beat Milan’s offside trap – had he not misjudged the strength of Maradona’s through ball he would have been through on goal but was instead forced wide and sent in a poor cross.

Careca put Napoli two up after the break, but it was simply awful defending against a long ball by Milan. The third goal then came from a strange reversal of roles: Milan were the universal team yet it was Napoli’s defender that scored. Giovanni Francini wasn’t all that special going forward, but at that point he had no man to mark so was free, he ran forward and wasn’t picked up by Milan, able to tap in De Napoli’s parried effort. Milan’s defence could have done with being this direct at times, especially given they were much better than Napoli’s on the ball – they were happy to move forward but rarely actually ran at players, meaning Napoli were could comfortably let them play in front of them. Could it be that they were wary of leaving their zone free? Napoli’s man marking meant that when Francini’s man wasn’t there, he had no defensive responsibility and could attacked as he pleased, whereas Milan’s players had defensive responsiblity at all times.

Milan got one back through a penalty but Careca got another when he ran onto a long ball over the top and had the whole of Milan’s half to ready himself. All of Milan’s players had pushed up and left Careca on his own on the half-way line, Alessandro Costacurta was closest but Careca had a few metres headstart and he couldn’t catch up, so Napoli got their fourth.

The goals followed some clear patterns but there were other elements. In having only one main creative threat, Napoli could be seen as being quite predictable. If Milan stifled Maradona, they stifled Napoli, or so they seemed to think. Regularly, four Milan players at a time would hassle Maradona, which made his job harder but also opened up space for other Napoli players. Maradona would get the ball, draw in players, then pass it on to Alemao or De Napoli. They were far less effective players of course, but the time they were given thanks to Maradona afforded them the time and space to pick out accurate passes. Having Maradona effectively allowed the rest of the team to play more universally.

He also created issues for Milan’s midfield: they had attacking responsibilities, but if they went forward they would leave him free. When they didn’t go forward, Milan struggled to create, but if they did he was given too much space when they lost the ball.

Milan went on to win the European Cup this season, but they were clearly beatable – Bianchi’s set-up was highly pragmatic, and it worked for Napoli: they destroyed Milan, finished above them in Serie A and won the arguably tougher UEFA Cup. The answer to beating Barcelona may just be finding the new Maradona. Shame the best candidate plays for them then.

2 thoughts on “Universality May Not Be the Answer – Part One”