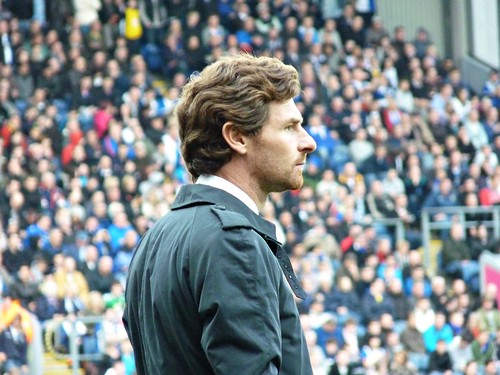 I remember listening to Talksport after Chelsea had lost the first leg of their round of sixteen tie 3-1 to Napoli. Jason Cundy, although disappointed at the loss, talked about the fact that relieving Andre Villas Boas of his duties may not be the best thing to do, as he was slowly trying to evolve an aging Chelsea side after years of things staying the same.

Andy Goldstein, ever the wind-up merchant, opted to mock him about this, but when you look at the Chelseaâ€™s transfer history, Cundy may have a point. Letâ€™s look at Chelseaâ€™s transfers since Jose Mourinho left but before Villas Boas came in, including loans and their ages when bought:

Now when we look at this, it does not look like they have bought many old players at all – only adding up to an average age of 24.6. However when we look at who was signed when they were 25 and under and has received regular games during their time at the club excluding loans, which are normally short term, there are only five players: Branislav Ivanovic, Jose Bosingwa, Daniel Sturridge, Ramires and David Luiz. We also have to remember that Sturridge has only started to get game time this season after going on loan to Bolton the season before. The only one who isnâ€™t in this group and has had a big effect on the club is Nicolas Anelka.

This shows Chelseaâ€™s preference for short term fixes, often on players who will have no re-sale value. Can Chelsea really keep doing this with UEFA finance rules soon coming into place, especially since they are in a large amount of debt? This is okay if Chelsea want to play the same way, as they can bring in like for like short term replacements, but if Chelsea want to evolve theyÂ  needed to get a fresher group of players together who could get used to each other in a particular system and that requires patience. We must still remember Chelsea were only three points off fourth when Villas Boas was sacked so itâ€™s not as if Chelsea could not have given him more time to get a cohesive system together.

Now letâ€™s compare that to the transfers Villas Boas made in his short reign as Chelsea manager:

Combined these players have an average age of 21.2.Â  Thibaut Courtois, Ulises Davila and Kevin De Bruyne are out on loan to get experience at smaller scale teams, Patrick Bamford is still an academy player, and Oriol Romeu and Romelu Lukaku have not had a lot of games to prove themselves. We can see here that these transfers were geared towards the future, especially philosophy wise. For example, Romeu often drops deep to get the ball between two split centre backs when before him Chelsea would normally distribute the ball starting at the full backs. Another example is Gary Cahill and his ability to play opposition strikers offside – suitable for the high line Villas Boas wanted to play.

Itâ€™s a matter of opinion on whether Villas Boas should have been sacked or not, but one things for sure, after Roberto Di Matteo and Newton have done what they have been asked to do, another man will come in and have a different set of ideas and Chelsea will have to start from square one again.