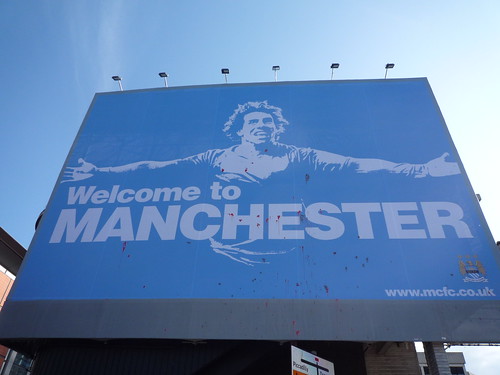 While the naming of the 2011/12 as the best Premier League season in the 20 seasons awards seems a poor choice due to the low quality of play, there is little doubt that it has been one of the more entertaining years. The title race, the fight for the last Champions League spots and the relegation battle culminated on what is undoubtably one of the greatest ever last rounds in English football. Plenty to talk about then.

Although the PFA’s choice Vincent Kompany has played to the same dominant form that saw us crown Nemanja Vidic the winner last year, it’s difficult to see past the performances of Arsenal captain Robin van Persie. Carrying on the good form he showed at the tail end of last season, Van Persie shook off the injury problems that have plagued him in previous years, finishing as league top scorer with 30 goals and, despite the move to a more out-and-out striking role that has proved to be a smart switch from Arsene Wenger, managing 12 assists.

Unlike last season there’s a wealth of players to consider for the award. Danny Welbeck continually led the line with intelligent movement for Manchester United, Daniel Sturridge carried on the excellent form he showed on loan at Bolton with Chelsea and Alex Oxlade-Chamberlain showed why Wenger was happy to part with a fairly large sum for the Southampton teenager with some classy showings. Nevertheless we can’t disagree with the choice of Tottenham’s Kyle Walker by the PFA. What he lacks in defensive nous, he makes up for in speed and power, and his energetic drives have given Spurs a great dimension offensively, reminiscent of Maicon or Dani Alves.

It’s tempting to pick Sergio Aguero’s last gasp strike against QPR for its astounding dramatic effect (it also helps it was a superbly calm finish despite the circumstances) but we like to pretend we aren’t that partial to knee-jerk responses on this site, so Peter Crouch‘s wonderful volley against Man City gets the nod.

Both Swansea’s Brendan Rogers and Norwich’s Paul Lambert have done brilliantly with their promoted sides, particularly the former’s mimicking of Barcelona’s style with lesser players, but it is near impossible to not reward Alan Pardew for his superb job at Newcastle. Villainised by many for replacing the very harshly sacked Chris Hughton then losing three of his key players in Andy Carroll, Joey Barton and Kevin Nolan, it was a common prediction in pre-season that Pardew would be taking Newcastle back to the Championship, yet they ended up narrowly missing out on a Champions League spot thanks to some shrewd signings and astute management.

It isn’t as if their season hasn’t been analysed enough on this site, but Liverpool really have underperformed this year. The lovely – and successful – pass-and-move game that we saw at the end of last season under Kenny Dalglish wasn’t developed upon, and some really woeful signings have seen the Merseyside club fall away from the Champions League challengers they looked like at the start of the season. An important summer awaits.