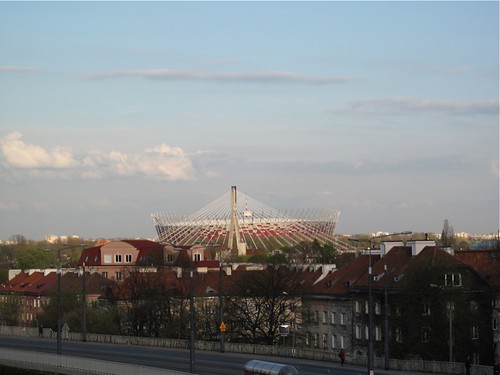 Two years ago, we named the then-youngest player at the World Cup as one to keep an eye out for, but he made just two substitute appearances as Denmark dropped out at the group stage, despite us rather embarrassingly naming them as dark horses.

This time around Eriksen goes into the tournament as the Danes’ undisputed star man – coach Morten Olsen filtering out many of the older generation who flopped in South Africa to make way for the young blood.

It doesn’t take long when watching him to realise he gained his footballing education at Ajax. An excellent appreciation of space allows him to use his deft touch to take on his opponents or prod through probing passes, particularly benefiting from the pace of Dennis Rommedahl to his right. Without doubt the creative hub of Denmark’s play, there’s a lot of pressure on Eriksen, but they have set up the side to make things easier for him.

Denmark are even less likely to make it through their group than two years ago, only really able to claim superiority over Portugal in the group of death, nevertheless they might be a bit more interesting this time around.

His name may be just as difficult to spell as the rest of his Polish teammates, yet Piszczek is rather unique in the squad in that he has tasted success with club side Borussia Dortmund, along with Robert Lewandowski and Jakub “Kuba” Blaszczykowski. The lowest ranked team at the tournament (although this is mainly down to the lack of competitive fixtures the team have played, having qualified as hosts), Poland are looking for success in their home soil with a counter-attacking style. They have managed to create the sturdy defence yet it is the attacking part of counter-attacking that they seem to be having problems with.

With the holding midfield duo consisting of two of Rafal Murawski, Darusz Dudka or Eugen Polanski, Poland are defensively sound but lack the link between defence and attack to make things work, which is where Piszczek comes in. Making use of the excellent understanding he has developed with Kuba at club level, he has cover defensively and someone to link with when he bombs forward – attacking midfielder Ludovic Obraniak looking to pull wide and offer support too – and a familiar figure to supply in Lewandowski in the middle.

Things may not gone perfectly for Portugal under the reign of Paulo Bento so far, but it is fair to say they are a more pleasant side to watch than they were during the tenure of Carlos Queiroz. The former Man United assistant manager may have played a large role in Cristiano Ronaldo’s development yet he did him little favours as Portugal coach – shunting him up front to fend for himself while the rest of the team defended. Bento’s team may not have eased through qualifying, forced into a play-off against Bosnia & Herzegovina after finishing behind fellow group of death contenders Denmark, which doesn’t bode well for them in an extremely tough group – despite that though, he has looked to make use of Portugal’s talents and they look all the better for it.

Ronaldo was switched back to the left wing, yet the better signal of Bento’s change of focus was Pepe’s move back into central defence – his rough job as a holding midfielder taken on by the more elegant Veloso. There will be better holding midfielders on display at Euro 2012 but few will be as nice to watch. Good with both feet, everything Veloso does has a beautiful simplicity – neatly laying off the ball to shuttlers Raul Meireles and Joao Moutinho, Veloso provides the base at the rear of the midfield if things break down as well as a longer range of passing if needed. Portugal still haven’t replaced Deco, but their midfield remains one of the easiest on the eye.

It is extremely unlikely that Greece will recreate their success at Euro 2004 and it is probably even more unlikely that Greece will even attempt to play attractive football, but defender Papadopoulos remains one to keep track of. Much like Martin Skrtel, the Schalke man has the look of a physically imposing hardman which hides a more elegant ball-playing defender. He also has a reputation as a big game player that could certainly be essential if Greece are to advance. It may also benefit Greece’s incisiveness to have someone capable of picking out a long pass rather than just hoofing it forward.

As the star of Euro 2008, Andrey Arshavin’s mercurial nature won him plaudits across Europe. Four years later, it appears people are less impressed and so, with the striking role still not set in stone, it appears that Dzagoev is to be Russia’s great hope at this tournament. Despite injuring his toe in March, he looks as if he should be fully fit to contend in Group A. Showing more of a playmaking ability than the short bursts of genius Arshavin provides, we can expect to see neat linking of play and dribbling when he cuts in from the left.

Throughout qualifying Dick Advocaat favoured Pavel Pogrebnyak or Roman Pavyluchenko ahead of Aleksandr Kerzhakov, preferring a target man lead the line. However Kerzhakov offers much greater fluidity, creating space for those behind him to move into. Should Kerzhakov start ahead of the other two options, we may see Dzagoev and Russia at their exciting best – the attacking interchanging positions at will.

Portugal’s obsession with producing wingers has left a long standing problem: they don’t produce many players those wingers can supply. Luis Figo, Cristiano Ronaldo, Simao Sabrosa, Ricardo Quaresma and Nani have all turned out for Portugal in recent years (admittedly Figo is less recent but the point remains) yet the best striker they have had to supply was Pauleta – a decent striker but not particularly notable.

That problem may not continue for much longer with the arrival of Nelson Oliveira. Despite having only played a handful of games for Benfica, Bento deemed him worthy of a call-up, and while he is unlikely to get ahead of Helder Postiga or Hugo Almeida for the main striking role, we may get to see him come off the bench if Portugal are in need of a goal – then we can see if Portugal have finally produced a top-class striker.