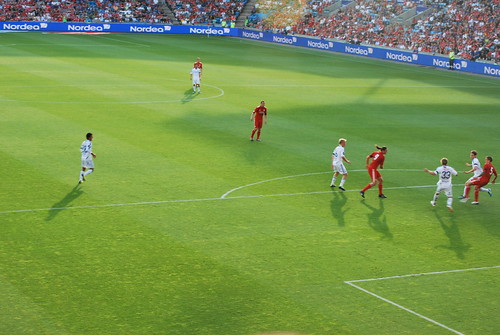 Although it’s a clichÃ© that I have very rarely actually seen myself, much like Newcastle fans and their fabled sense of entitlement and countless other footballing clichÃ©s (seriously, someone should actually look into how many of these go beyond what Sky like to present to us), at the start of the summer I was part of that group of Liverpool fans who thought the club could finish the 2011/12 season atop the Premier League table.

It’s not that Liverpool should be considered favourites. It’s just that the 6th place finish of last season suggested a gap larger than what may exist this season – a title challenge was a realistic possibility.

Truthfully, the big two of Spain aside, I don’t think any club around is particularly special at the moment. Manchester United had obvious deficiencies is midfield only worsened over the summer by the retirement of Paul Scholes, their neighbours City were still a somewhat unknown quantity with Roberto Mancini focussing on considered but patient development rather than mindless splurging, as were Chelsea newly under Andre Villas-Boas, Arsenal had yet again collapsed at the end of last season and Cesc Fabregas and Samir Nasri looked (rightly) on their way out, leaving them seemingly facing another year of disappointment, while Tottenham seemed like challengers for a Champions League spot but not realistically for the title.

While Liverpool had been awful under the stewardship of a certain face-rubbing Englishman, the return of Kenny Dalglish had seen an upturn in form that meant only Chelsea got more points than Liverpool since his appointment, employing the same sort of intelligent passing game that had seen Liverpool, and more recently Barcelona, dominate Europe for years. With everyone else either looking weak or at least mixed, the possibility of the league title returning to Anfield didn’t seem out of the question.

Now I’m not so convinced.

As mentioned above, Dalglish had improved Liverpool by encouraging an intelligent passing game. The same style that Rafa Benitez had built his squad around, the majority of whom still remained on Merseyside, the traditional style that Liverpool based their success upon, and crucially the style that Barcelona have proven to be still very relevant today. However, his business over the summer suggests he’s trying to move to a more individual-based game.

At the start of the window, I said I would have been happy with a new left-back and possibly a new versatile attacker if possible. Other than that, I was happy with the squad – only the deadwood like Paul Konchesky and Joe Cole needed shifting, and that was more to do with off-pitch issues seeing as they were unlikely to see much playing time. I was even happy for neither of the new players to come in if Steve Clarke could sort out Emiliano Insua’s positional issues. Regardless, both of the players I wanted came in in the form of Jose Enrique and Craig Bellamy – Enrique wasn’t the most exciting of signings (although how many left-backs are?), but was exactly the sort of player needed: a solid, pacy defender who was good going forward, while I was more suspicious of Bellamy’s transfer: a possibly great addition providing he doesn’t act too stupidly off-pitch.

It wasn’t something I explicitly saw the need for but the swapping of Sotirios Kyrgiakos for Sebastian Coates pleased me. Kyrgiakos was a decent back-up albeit very limited and slow, so the club did well to move him on respectfully, while Coates looks potentially great. The 6ft 6 Uruguayan showed enough defensive ability to earn the award for being the best young player at the 2011 Copa America, which we at Holding Midfield agreed with, as well as looking decent with the ball. Uruguay’s deep defence makes it hard to judge how quick he is, but he seemed fairly mobile for his size, so hopefully Liverpool’s high line won’t be a problem for him.

So far so good, but there were of course four players signed before this, as well as a host of outgoings. First to come in was Jordan Henderson, like Enrique another fairly unexciting signing despite his pricetag, but one I endorsed. As I saw it we didn’t need any more centre midfielders, but Henderson has great potential and his ability to also play out wide seemed to fit with the lop-sided 4-4-2 Dalglish appeared to be going back to. So long as he was eased into the side and not at the expense of better players, I was happy to have him on board.

Next to join was Charlie Adam. At Â£7m, he seemed a useful squad player, yet he wasn’t bought as a squad player. Capable of long “Hollywood” passes, he had made a habit of using them when inappropriate. Some of that could be to do with the fact he was playing for Blackpool and the emphasis was on him to make things happen, but Ian Holloway threatening to drop him if he didn’t stop suggests otherwise. He also didn’t strike me as particularly good defensively. Not a bad player, but only his set-piece delivery would suggest he’s good enough to be starting for Liverpool, and he’s not playing American football where he can just trot on for kicking duties. 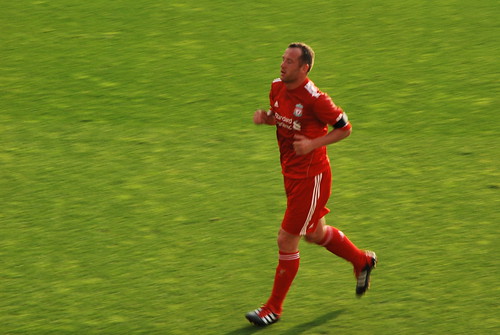 Third came Doni, a bit of an irrelevance really. I’m a fan, but he’s never going to get ahead of Pepe Reina, so he’s just a bit of an upgrade on Brad Jones as back-up. The next significant transfer was Stewart Downing, a conservative, unspectacular yet ultimately quite effective winger. Many gushed over his statistics and the idea of his crosses meeting Andy Carroll’s head, but, while I thought he would do well, I thought we could have done better.

Up until here, I was still okay with how the transfers had gone. I was disappointed to see Insua and Milan Jovanovic leave as they were treated harshly, never given a second chance to show what they could do after doing unenviable jobs in tough conditions, but their departures were bearable – along with David N’gog’s, who had done a decent job but wasn’t realistically going to get in the team now, it was good to give him a chance at first team football elsewhere – unlike the loaning of Alberto Aquilani and transfer of Raul Meireles.

In Aquilani and Meireles was an intelligent and somewhat complete midfield pairing. In a 4-3-3 with Lucas Leiva propping them up, the pair could lead Liverpool into a beautiful, passing game, manipulating space to dominate the opposition. With the likes of the equally intelligent Luis Suarez, Maxi Rodriguez and Dirk Kuyt in front of them, the team could have been brilliantly fluid. What’s more, although Aquilani has been accused of being lightweight and Meireles of shirking tackles, the pair are better defensively than the many of Liverpool’s remaining midfielders. The departure of Aquilani appears to be out of Liverpool’s control, his other half preferring a return to Italy, but Meireles seems to have been pushed. From having two midfielders with the creativity and brain to unlock defences, they are now left with only really Suarez capable of doing this.

My dream of the beautifully fluid 4-3-3 full of intelligent players, all capable of defending and attacking seems to have been exchanged for a more individual-based game. The first example of this was the acquisition of Andy Carroll in January. A classic target man, Carroll has come in for a lot of criticism for his time at Liverpool so far, but when given the chance to be fluid component of a side, such as against Man City, he has done well – the problem is that he’s often been misused by his teammates. Still, Carroll’s main purpose seems to be as a Plan B.

With one of the best headers of the league up front, Downing’s arrival suggested Dalglish wanted someone to supply Big Andy with crosses. Adam’s long balls generally went diagonally, so the logical assumption was that Lucas was meant to do the defensive legwork for the Scotsman, give it to him to hit wide for Downing, who would whip in a cross for Carroll. There’s nothing wrong with this gameplan, but if one of the components stops working, either through injury or loss of form, the system falls down. If Lucas gets injured, Adam’s defensive frailties get exposed; if Adam gets removed, it’s more difficult to get the ball to Downing; if Downing is removed, Carroll receives less crosses.

The Downing problem has caused Carroll some problems already this season. Although he’s played well, Downing has often look to move inside rather than stay wide and hit crosses for Carroll, leaving Carroll without his desired supply. If this movement was the plan for Downing all along, you have to question why he was bought instead of a better pass-and-move player.

Regardless, Adam’s been decidedly hit-and-miss so far, appearing somewhat of a liability defensively, giving Lucas a huge workload, and frequently giving the ball away needlessly in possession. Elsewhere, while he may develop into a good intelligent player, Jordan Henderson has been completely anonymous so far, and it looks as if more substitute appearances would be more effective in blooding him into the side.

It’s been a decent start to the season for Liverpool, but if something happens to Lucas the defence could easily collapse and against Stoke they already looked as if they were missing Meireles’ ability to find pockets of space.

All in all, it’s been a strange summer for Liverpool fans, although admittedly the majority seem happy with the dealings. Manchester United have developed a style that depends more on their attacking quartet making their shortfall in midfield less of an issue, while City have seemingly kicked up a notch away from the unknown quantity of Chelsea, while Arsenal and Tottenham have been distinctly unimpressive. So far, although still very early days, it looks as if Liverpool will do well this season, and more than likely finish in the Champions League places, but I can’t help but feel it could have been better.