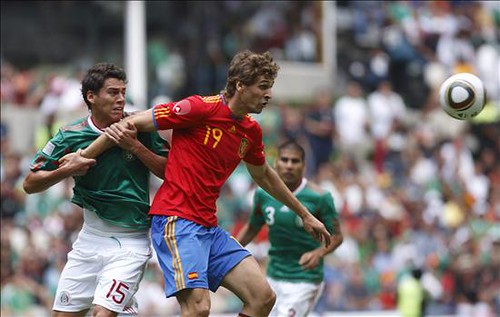 Over the past 12-18 months a Spanish striker has emerged from the ashes of the beautiful Catalan tiki taka from the fields of La Masia. He came and saved Spain from themselves, from their almost ridiculous need to play possession football and not bother sticking it in the mixer. Every right-minded English media presence could identify easily the gaping problem with Spain in the 2010 World Cup, but they couldn’t. It reached such a point that before the final Ãngel MarÃ­a Villar, the president of the RÃ©al FederaciÃ³n EspaÃ±ola de FÃºtbol, reportedly asked Paul Merson to take charge of the Spanish national side under the explicit orders of ‘getting it in the bloody box!’

Ok, I am beingÂ factitious but regardless, there was an undoubtable number of ‘popular’ figures within the English game who thought that Spain wouldn’t become World Champions due to their strict adherence to the ethos of tiki taka. And the player who they kept pointing to as being ‘the answer’ was Fernando Llorente Torres, the physical 25 year old Athletic Bilbao striker.

Llorente has experienced an inexorable rise in the Spanish game over the last couple of seasons and is on course for his best season yet this year, scoring 11 in 17 games for the Basque side. With a much touted transfer to Real Madrid seeming likely in the Summer, the 6 ft 5 centre forward has become one of La Liga’s hottest properties. Picking up the mantle of Ismael Urzaiz, Llorente has all the attributes associated with a good target man, he is fantastic in the air, strong and dynamic, he is the type of player that former Bilbao and Spain coach Javier Clemente would have loved to manage.

The centre forward has a long tradition in Bilbao and this is,Â predominately, down to their early strict adherence to ‘la manera Inglesia‘ (the English way), or as they called it ‘the 1-2-3’. This is in reference to the idea that there’s only three touches needed to get the ball in the opposition net, from goalkeeper to knock on to finish. The first striker to profit from their style of play was Rafael Moreno Aranzadi, better known as Pichichi. And he was to be followed by Telmo Zarraonaindia, better known as Zarra. Or so the stories say.

Although Athletic, claim to, have a strict policy of only using players from their local cantera the same can’t be said of their managers. Of their earliest coaches there were a Mr. Sheperd, a Mr. Burton, a Mr. Barnes and one of the most important English figures in Spanish football history, Fred Pentland (albeit, Pentland was a strict advocate of the short passing game). But with Spain considering England la madre del fÃºtbol (the mother of football), Pentland’s approach caused fierce debate as to which system was the ‘right way’ to play football. Indeed, it is believed that Pentland’s refusal to play through hoofing that caused him to leave England in the first place, with him more inclined to agree with the earlyÂ proprietorsÂ of Scottish football such as Jimmy Hogan and Arthur Rowe. With many of Spanish footballs forefathers being English expatriates it was a slow and arduous process for them to find their footballing identity. 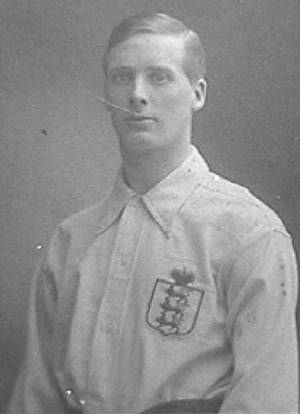 Clubs like Barcelona went on to adopt lo de Pentland and it is ironic that this system of football is seen by some as intrinsic to the Spanish possession game. Spain adopted Pentland’s methods and mastered them, whilst England arguably are still lagging behind 80 years later and continuing the argument about how to play football.

It is a paradox however, that although Bilbao were successful with Pentland (winning back to back titles in 1929-1930 and 1930-1931), following that in the post-war period they went back to to lo de Inglaterra, culminating in one of the main exponents of English style football in Spain and the Basque country, Javier Clemente. Clemente regularly professed to being a keen followed of the ‘Mother’ system and was the main perpetrator of the bloque system that is so commonly linked with the Basque club. Clemente played a system of two defensive midfielders in front of a centre back pairing and a sweeper and it was his conservative approach that lead Bilbao to their last titles.

Clemente later became Spanish coach and was notorious for his over-reliance on Basque players who had perhaps not featured as prominently at the top level of football as other Spanish players. This, combined with his dour approach to football, lead him to being an unpopular figure amongst the Spanish media, who breathed a massive sigh of relief when he was replaced with the fiery Juan Antonio Camacho.

The reactive long ball football of Clemente is greatly associated with Bilbao, especially when you consider that he was the last manager to win them a league title and this has played its role in pushing players like Llorente to the forefront of their football. The club’s adherence to these traditions also has its parallels to how the Basque club feverishly claim to have been the first major club to be formed in the club,Â in spite of some historians doubting the 1898 formation date, and placing it closer to 1901.

However, though, it can’t be doubted that Athletic have a fine tradition,Â entwinedÂ with English football or not, of producing fantastic centre forwards, and regardless of whether Llorente leaves the club or not, there will always be more to come.