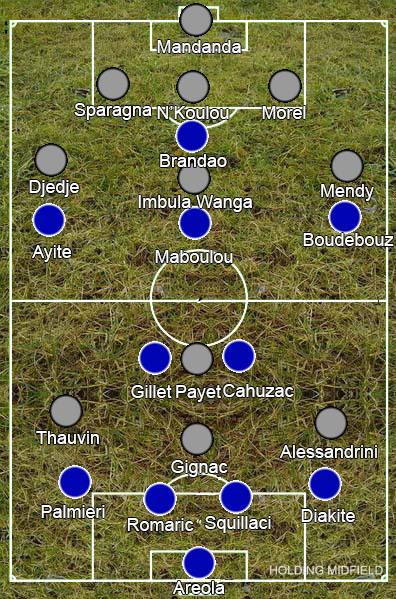 Marseille are meant to be the third team in France behind the financially-doped pair of Paris Saint-Germain and Monaco, but they face their first season without European football in a decade after finishing sixth in 2013/2014. A collapse in the toughest Champions League group last year saw them finish in last place without picking up a single point, costing Elie Baup his job while caretaker Jose Anigo didn’t fare much better over the rest of the season. The cash injection that has artificially turned PSG and Monaco into superclubs left Marseille with two options: they could continue as they were and hope they had assembled a squad strong and consistent enough to compete or they could gamble on a project. That they ultimately failed to do the former last season has alleviated a lot of the risk from the latter and they have now taken a punt on Marcelo Bielsa – a coach who, like Zdenek Zeman, creates very watchable attacking teams, but possibly isn’t the man you would want in charge of your own team.

The Argentine brought his new players back to pre-season early to get them settled into his new system, but he wasn’t the only new man in charge for the first round of Ligue 1, with opposite number Claude Makelele taking over at Bastia in his first managing role. Makelele set up his team in a 4-2-3-1, while Marseille were in a 3-3-1-3 shape atypical for Bielsa, who usually goes with a back four against a lone striker.

Three goals were scored within the opening 17 minutes, but none really came from any patterns of play. Christopher Maboulou’s opener was a glorious lob over Steve Mandanda that came from a bouncing ball on the edge of the area. Andre-Pierre Gignac immediately levelled from an excellent Benjamin Mendy cross and they gained the lead soon after when Romaric knocked the ball into his own net. Both of Marseille’s goals came from wide play but, while Bastia weren’t defending crosses well, Marseille’s goals weren’t really any strategic victory.

The game was a disjointed affair and Bastia will be the happier of the two teams with their performance. They retreated into their own half when Marseille had the ball but were aggressive in their attempts to win the ball back, pressing intensely whenever a Marseille player dawdled on the ball. Maboulou also stuck close to Gilbert Imbula Wanga, meaning Marseille had no way of getting the ball into midfield unless one of the attackers came much deeper.

On the other hand, Marseille had the lead, and while Bastia were putting in the better performance it was up to them to provide the attacking impetus. Briefly before half-time, they attempted to press higher up the pitch, which played into Marseille’s hands, with Dmitri Payet scrambling a shot after a quick break. The game continued in this vein into the second half, with penalties for both teams not changing anything and poor defending gifting Bastia their equaliser. Nevertheless, Bastia had become more proactive as the game wore on, getting attackers forward quickly to stretch Marseille’s back three and ensure they didn’t have any men spare.

Despite the scoreline, this wasn’t a particularly good game. It was a match where both teams struggled to create punctuated by defensive mistakes that gifted them goals.