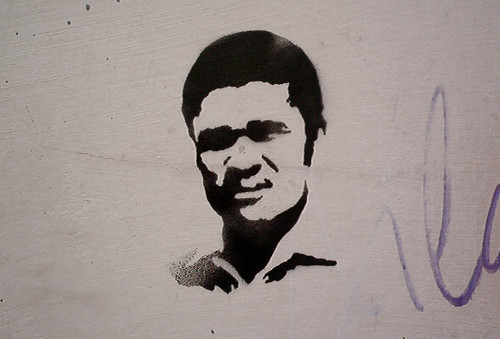 An interesting discourse in recent years has been that despite featuring a player who could legitimately be argued as the greatest of all time in Lionel Messi, there have been few people pushing the idea of Barcelona as a one-man team. Even when Barca have played poorly and escaped purely on a special moment from Messi, as is becoming increasingly necessary in a difficult season for the Catalans, they have somehow managed to escape the accusations directed at pretty much any team with a star player.

Maybe it is because it so obviously untrue, with Barca fielding world class players in most positions, but then so is the concept: one of the arguments against Messi being the best player in the history of the game is the quality of his teammates compared to someone like Diego Maradona, yet they finished a lowly 8th in his first season at Napoli, before effectively blackmailing club president Corrado Ferlaino into buying Alessandro Renica, Alemao, Carceca and Fernando De Napoli. An exceptional player can do the work of two or even three players, but he needs some sort of help – Maradona wasn’t exactly reknowned for his defending, although he did show he might have made a decent goalkeeper.

The first side that this accusation could be widely levelled against is Eusebio’s Benfica. (There are teams before them that fit the criteria, but how many really famous players are there before this era? You could make a case for Stanley Matthews’ Blackpool, but they weren’t that good, only ever winning one FA Cup.) For club and country, the “Black Pearl” tormented defences, scoring hundreds of goals, to become the first truly great Portuguese player. The way he is often presented, you would expect his Benfica side to be a Maradona-esque situation – all water carriers geared towards getting the best from the fancy Panther up front – but that thinking pretty much collapses when you consider Benfica won the European Cup the season before Eusebio debuted for them. The original star of that side was coach Bela Guttmann.

Described appropriately by Jonathan Wilson as living “like the world’s rejected guest… irritating and irritated in equal measure”, Guttman spent his career wandering from place to place, managing teams in Hungary, Romania, Uruguay, Brazil and Italy before turning up in Portugal. Taking charge of Porto in 1958, he helped them overhaul Benfica’s five point lead to win the Primeira Liga, to which Benfica replied by installing him as manager themselves. They offered him a large amount of money to reshape the squad but he brought in just two players, instead opting to sack 20 senior players and promote a large chunk of the youth team.

As catenaccio was starting to take hold of Italy, Guttmann was part of the last wave of coaches to really go out to attack before more cynical, results-driven play took over. A wanderer but still a Hungarian at heart, he set up Benfica in an ultra-attacking 4-2-4. After winning the league in his first season, he repeated the feat in his second but also took Benfica to European glory, beating Barcelona 3-2 to become the first team other than Real Madrid to win the European Cup. Benfica struggled on home soil the following season, but youngsters Eusebio and Antonio Simoes were brought into the side and they still made it to the final of the European Cup to face Real Madrid. Alfredo Di Stefano pulled deep to feed Ferenc Puskas, giving them a lead at half-time, but some reshuffling from Guttmann meant Domiciano Cavem was able to mark Di Stefano out of the game, cutting off Puskas’ supply to allow Benfica to win 5-3.

The signing of Eusebio was obviously beneficial because of his considerable talent, but it also had some knock-on effects. “By signing Eusebio, I was able to play Mario Coluna deeper, more as a wing-half than an inside forward. He did not like it at first because he did not score so many goals, but he became my best player.” Just as Nandor Hidegkuti had done for the Magnificent Magyars, the intimidating Coluna sat behind the front four and supplied them. Each of the frontmen were among the best in the world: Eusebio’s brilliance is quite obvious but captain Jose Aguas was a brilliant striker in his own right, while Simoes and Jose Augusto were regularly mentioned as the best wingers in the world. Germano aside, the defence wasn’t particularly notable, but then that wasn’t really Guttmann’s modus operandi: “I never minded if the opposition scored, because I always thought we could score another.”

Lisbon was the new Madrid: after winning back-to-back European Cups, Gutmann seemed to be doing what Miguel Munoz had done with Real Madrid, however that idea quickly evaporated. Shortly after the final, Guttmann confronted the Benfica board, believing he deserved a bigger bonus for the team’s achievement. They refused, so he quit, supposedly leaving Benfica with a curse: â€œWithout me, not even in one hundred years will Benfica be European Champion again.â€

A string of coaches followed, including Guttmann again for an unsuccessful season in 1965-66, and the Portuguese trophies continued to pile up in Benfica’s trophy room, but crucially the European Cup didn’t. The season after Guttmann left, Benfica made the final again only to lose 2-1 to Nereo Rocco’s Milan, having been pretty much kicked out of the game. In 1965, they made the final again, this time losing out to the counter-attacking of Helenio Herrera’s Internazionale. Three years later, they faced Manchester United, where they made to extra time, but United’s players coped better with the hot weather and won 4-1. The curse makes for a good story but truthfully Benfica’s lack of success after Guttmann’s resignation had more to do with their attractive yet ultimately now quite naive style playing into the hands of the Italians’ catenaccio.

Despite never again quite matching those initial years under Guttmann, the side remained among the very best for several years after. Still, Guttmann died with his curse still intact, and, before Benfica played AC Milan in the 1990 European Cup final, Eusebio prayed at his grave for it to be lifted. It clearly didn’t work.