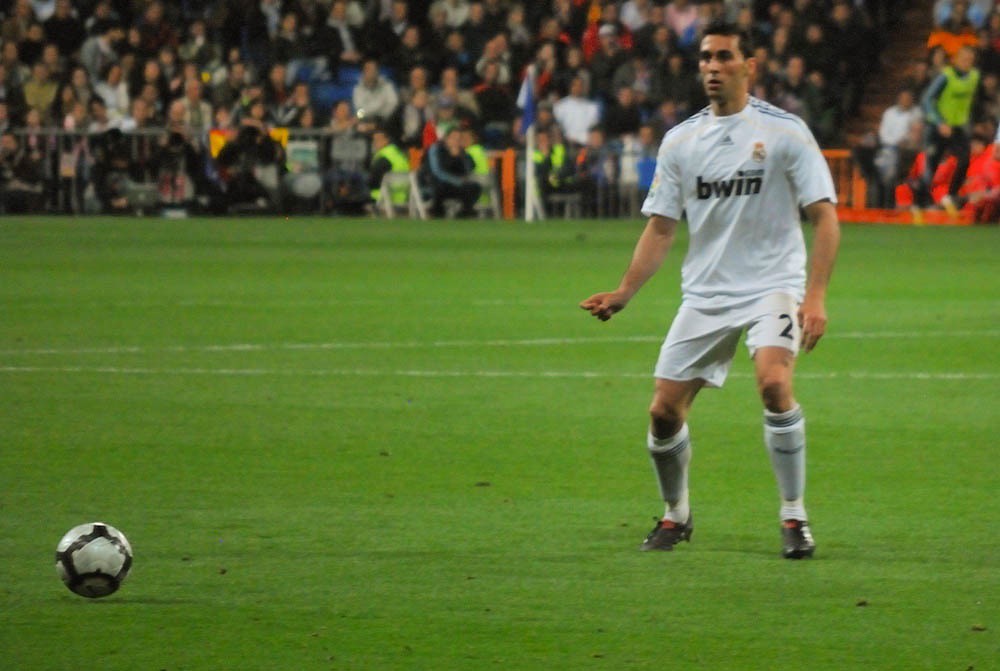 If you were to ask people at the turn of the century who they considered to be the most complete players in the Premier League you would most likely get one of two answers: Patrick Vieira or Roy Keane. Fast forward to today and few midfielders would be considered. The rise of the five man midfield has allowed more room for specialist players and most clubs now operate a destroyer-link-attacker trinity rather than the all-action box-to-box midfielder.

In fact, the modern box-to-box midfielder is often accused of doing nothing, mainly due to their need to curb their game. The attacker role is generally off-limits due to them being the furthest player of the three forward, so only appear near one box, and thus they sit next to the destroyer as the link. This role fits a regista better, because their range of passing means they can act as a link without moving from their defensive position, whereas a box-to-box player needs to move forward to link the play, in turn vacating the defensive space, meaning they need to ration their forays from one box to the other.

Liverpool’s capitulation last season has a lot to do with the absence of a link between the defence and attack that Xabi Alonso had previously given them. With Alberto Aquilani injured, Lucas was tasked with replacing the Spaniard, although, due to some early season defensive troubles, he was rarely given the license to get forward. This meant there was little link between the defence and attack so Liverpool struggled to create, while Lucas became known for non-penetrative lateral passing. When given the chance to attack such as against Lille and Benfica, he impressed, but these chances were too sparse.

Who then are the most complete players? Those who can both defend and attack? The best answer is the modern full-back. The explanation of why and how this came about has already been covered by Jonathan Wilson, and so rather than simply retrace his steps I will take a look at the various ways teams play to utilise them, with each operating along the basic principle that you need 3 players back.

The traditional and modern mix

A simple system used by Manchester United, it pairs a modern full-back in Patrice Evra with a more traditional defensive opposite in Gary Neville, Wes Brown or John O’Shea. After starting his career as a winger, Evra was switched to left-back during an injury crisis at Nice and kept his obvious attacking ability. With Evra going so deep into the opposition’s half, he is inevitably going to get caught high up the pitch occasionally, making solidity in his defensive counterparts a must. None of Neville, Brown and O’Shea could readily be described as an attacking full-back, but each could probably play as a centre-back, which gives United and Evra a solid base to depend on which saw Edwin van der Sar not concede a goal in 14 games. With Ryan Giggs tucking in on the left for Evra to overlap and Valencia wide right, United are able to keep a strong defence and maintain possession without sacrificing width.

The passer and attacker

Similar to the modern and traditional mix in that one attacks and one keeps their position, except for the sitter fulfills an attacking requirement through his ability to pass the ball. Such a Sacchian manager, Rafa Benitez would not have settled for a player had he not offered something defensively and offensively, but was also wary of leaving his defence undermanned. In Fabio Aurelio and Alvaro Arbeloa, Benitez had a pair of full-backs for the 2008/09 who were excellent defensively and gave different options going forward: Arbeloa was the more modern full-back, linking high up the pitch while Fabio Aurelio, with his clean left foot, was the more considered passer – the former a box-to-box defender, the latter a regista. 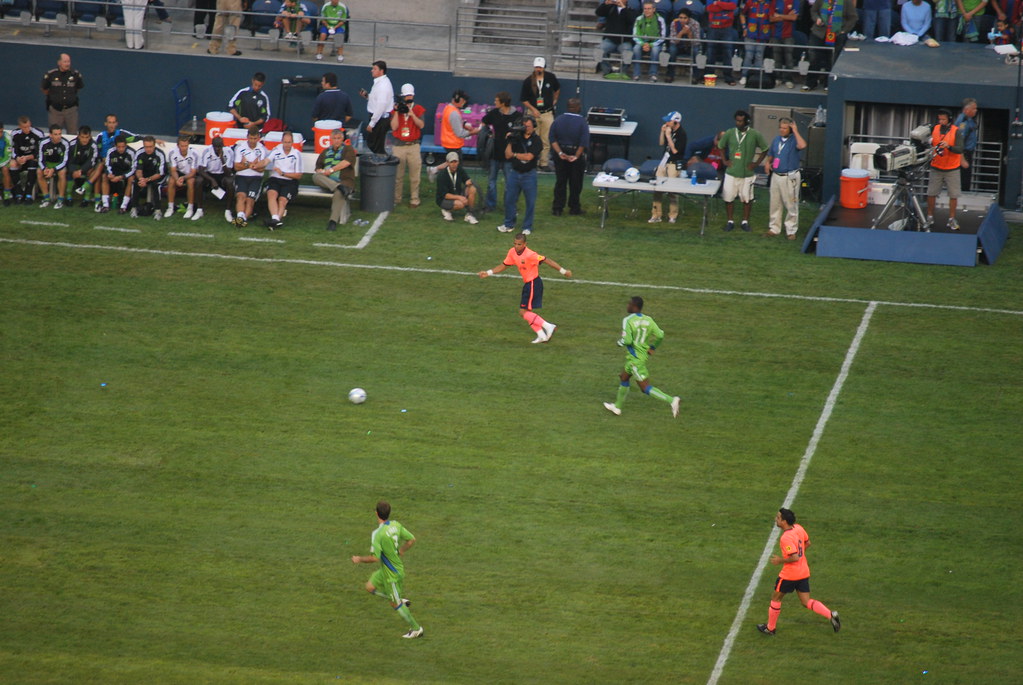 Like at Manchester United, the players chosen ahead of them were suitable, Dirk Kuyt was naturally a forward and would play narrower, giving Arbeloa more room, and was excellent defensively, helping to cover when Arbeloa got caught out, while Albert Riera was a more natural wideman, capable of offering the width that Liverpool had lacked for years. This is not to say that Fabio Aurelio was not capable of attacking more directly, as his occasional deployment on the left of midfield showed, but he generally only appeared up the pitch when Liverpool were building through possession; contrastingly, Arbeloa didn’t attack like a converted winger such as Evra or Ashley Cole – he was a converted centre-back whose attacking abilities had to be worked on.

In 2009/10, Arbeloa left to be replaced by Glen Johnson – a better attacker but suspect defensively – and Fabio Aurelio was permanently injured, replaced by the promising Emiliano Insua. In Insua and Johnson they had two players capable of offering more direct and higher quality attacking, but also a youngster who needed to be eased in and a player notorious for his defensive lapses. Had just one been introduced, it could have been a lot easier, but Liverpool had a pair of full-backs who needed to learn; for a team whose success had been based on a strong defence, it was tantamount to suicide. When Glen Johnson got injured, Jamie Carragher moved to right-back, creating a modern/traditional pairing, but Insua was clearly tired and the advantage this could have brought didn’t appear.

A few years down the line, with the benefit of experience hopefully improving them defensively, Johnson and Insua could have possibly worked well together, providing they could reach an understanding. That is the issue: having two attacking fullbacks generally requires them to garner a mutual understanding. As Arsenal have shown, with Gael Clichy and Bacary Sagna failing to dovetail effectively. Perhaps they could have looked over at their West London rivals to learn a thing or two, as Chelsea managed to master this.

In Ashley Cole and Jose Bosingwa, Chelsea had two excellent attacking full-backs who managed to develop a partnership that allowed to them to cover one another. When one attacked, the other stayed back, and vice versa. It sounds simple, but is difficult to pull off. Manage to do so and you have a potent and unpredictable attacking force. Cole and Bosingwa allowed Carlo Ancelotti to play a midfield diamond, often creating a 4 vs 2 situation in the centre of midfield, allowing them to maintain possession without sacrificing width.

TheÂ systemÂ collapsedÂ when Bosingwa got injured. Branislav Ivanovic replaced him and did an admirable job, winning a place in the PFAÂ Team of the Year, but lacked the attacking abilities of his teammate. Manchester United exposed this despite losing 1-0; Antonio Valencia was deployed high up the pitch against Cole while Giggs tucked in on the opposite side, mathcing Chelsea’s four man midfield. Chelsea had little advantage in possession and no width, with Cole not bombing down the wing, while United maintained their’s with Valencia wide. Bosingwa is yet to returnÂ from his injury and his return could be of tactical interest.

With it difficult for attacking full-backs to develop a functional understanding and the midfield an area packed with specialists, it makes a certain amount of sense that the midfield destroyer (the best defensive player and probably worst offensively) helps to free the more attacking full-backs. The centre-half was originally the mainly defensive central midfielder in the 2-3-5 who moved backwards into the centre of defence in Herbert Chapman’s WM, but has become, somewhat wrongly, a synonym for the centre-back because of the forced assignment of shirt numbers according to position, meaning the centre-back was wearing the centre-half’s number 5 shirt. Essentially the centre-half is a defender deployed as a midfielder, not unlike the destroyer. With the more fluid football of today, it appears that the centre-half’s switch to centre-back is being replicated mid-match, most notably by Barcelona and Brazil.

This has been covered by Michael Cox of Zonal Marking:

This diagram on the right shows how a switch from a four to a three-man defence when in possession can outwit the opposition. The problem with attacking full-backs at the moment is that they are never completely free to attack, they are always concerned about their defensive responsibilities, especially with the tendency for sides to deploy their most creative players as wingers. With a more reliable three-man defence, they can get to the opposition byline without leaving a huge hole at the back.

A big part of the switch is the role of the wide players on the Yellow side. Rather than stay wide (which would hamper the ability of the full-backs to get forward), they narrow and become almost a conventional front three. This has the effect of narrowing the opposition defence, as their natural markers (the White full-backs) follow them into the centre.

Of course, this opens up a huge amount of space on the flanks, which the full-backs can exploit. This presents a further problem for the Whites, as their wide midfield players are suddenly charged with almost a solely defensive job. If the Yellow full-backs get to the byline and the White wide midfielders track them all the way, the Whites will end up with something approaching a flat back six.

Furthermore, the evolved shape makes it relatively easy for the Yellows to keep possession â€“ the three defenders and holding midfielder should be able to play their way around the two White strikers at the back.

So the advantages can be summarized as:

b) It makes keeping possession in defence easier

c) It stretches the play high up the pitch

d) If the opposition are playing creative players in wide areas, the centre-backs will be in a position to pick them up immediately.

e) It results in a system with three central forwards, an obvious goal threat

2 thoughts on “Utilising the full-back”