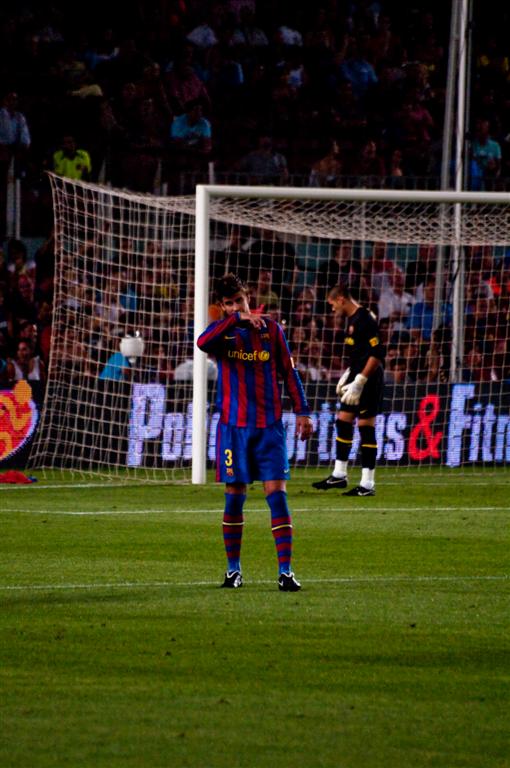 Liberi are the free ones. It’s a synonym for the sweeper, but, perhaps only because of a larger exposure to it in my native tongue, the English word evokes a more specific image. A player released of marking duties was given the task of clearing up behind the centre-backs, their free status then allowed them to attack. With the rise of the lone striker, the sweeper fell.

The logic now is that, against one striker, one of the centre-backs should stride forward and attack as the sweepers had done.

A centre-back moving forward can be an excellent way of breaking down defences. Their movement into unmarked space causes an issue for the opposing team: break rank to close him down and there’s more space for his teammates, don’t and he could just wander through unopposed.

Thomas Vermaelen has done this regularly for Arsenal to score against Blackburn and Wigan as has Daniel Agger for Liverpool against West Ham and Blackburn.

There’s also the cases of defenders appearing in the box unexpectedly that can leave the opposing defence unprepared such as in Gerard Pique’s brilliantly taken goal against Internazionale.

However, it is incredibly risky to leave the defence with just one centre-back. For example, in Ji-Sung Park’s goal against Arsenal William Gallas has ventured forward, the impetuous Vermaelen then goes to confront Rooney when Alex Song is closer and leaves Gael Clichy in a 3 vs. 1 situation. With the lone striker also becoming more adept at occpying more than one defender, it is often too risky for the defenders to advance.

Unless of course they can get someone to cover for them. In the specialist’s realm that is midfield, there is usually a player capable of plugging the gap that the advancing defender leaves behind. For instance, former centre-back Alex Song is capable of doing this to cover Vermaelen and can be seen doing so in the video clips. Christian Poulsen has done this for the Danish national team to cover for Agger and Simon Kjaer, and his move to Liverpool could open up the possibility of doing so again at club level. Sergio Busquets does so for Barcelona and Spain to free up Pique while Gilberto Silva does the same for Brazil to benefit Lucio.

This combination of players recreates the act of the sweeper. The ball-playing defender is the more creative attacking player, while the centre-half dropping back is the defensive cover although he instead starts in front of the defence. Former Roma coach Carlo Mazzone makes this point when he says: “That first man in midfield is the modern libero. His movements are similar, but he starts ahead of the defenders and retreats into the shell if needed.”

“You have to stay away from one-on-ones,” Eugenio Fascetti adds. Itâ€™s easier to have someone like De Rossi tracking back and acting as libero.â€

The role of the false nine should lead to an even greater call for this to happen: Wes Brown and Rio Ferdinand didn’t know what they were meant to do when facing Spalletti’s strikerless Roma side in 2007 and similarly Argentina were left unsure what to do defensively when facing England in 1998 but the latter were happy to burst forward to reasonable success. Universality could breed opposing universality.

One thought on “Liberi”