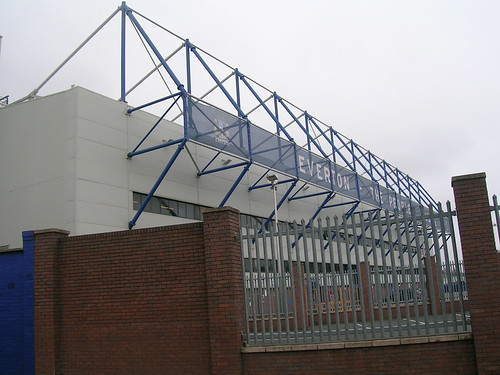 Last season was the first time in seven years Everton have finished above Liverpool, and that finish in 2005 was spoilt somewhat by their rivals winning a fifth European Cup. To find the last time Everton finished ahead of Liverpool before that, you have to head all the way back to 1987 – when they last won the league.

Everton had originally been the more glamorous team on Merseyside until Bill Shankly arrived in 1959. Harry Catterick continued their success throughout the sixties, but by the time they pushed into the next decade, Liverpool had progressed past them. With their rivals across the park doing so well, expectation was high, but they managed little more than a handful of title challenges.

Eventually they appointed Howard Kendall as player-manager (like most, he retired from playing shortly after – playing just four games), who had been a player when they last won the league in 1970. He did little of note at first and, by January of 1984, there were strong calls for his sacking. However, Everton’s form picked up at the tail end of the season, getting them to the finals of the league cup and FA cup, winning the latter.

The following season, years of shrewd buying from Kendall all came together to create what was arguably Everton’s greatest ever team. They stormed away with the league, finishing 13 points ahead of second-placed Liverpool, and the Cup Winner’s Cup, defeating a Bayern Munich side featuring the likes of Lothar Matthaus and Uli Hoeness in the semi-finals, also making it to the final of the FA cup.

There wasn’t anything particularly notable about the way the side set up – they simply went about their game far better than any of their competition. They had a solid backline yet their defensive security depended on the indomitable Neville Southall in goal and Peter Reid added a bit of class to the midfield. Regardless, it was the wingers and strikers that made Everton what they were. Trevor Steven was wide right, offering pace, tricky dribbling and accurate crossing in a good partnership with full-back Gary Stevens, while Welsh-born Irishman Kevin Sheedy was a bit slower but had an even sweeter left foot and a penchant for set-pieces.

With those two supplying the chances, Everton’s strikers would have plenty to work with. Nevertheless, Graeme Sharp and Andy Gray (with hair!) made for an outstanding partnership. Both were mobile, very good in the air and effective finishers capable of holding the ball up. This created a flexible frontline: they could provide a target for crosses for the wingers, give their teammates an effective escape route via long balls or bring others into play with lay-offs. With two tricky wingers and two big men (Gray was just 5ft. 8 but his effectiveness in the air makes him a fairly stereotypical “big man” attribute-wise), it was standard British football, albeit with more control, only done to a higher level than pretty much everyone else had done.

Their great success meant they should have been testing their skills against Europe’s finest in the European Cup, in which English clubs had been inarguably the finest for the past decade, however the Heysel disaster meant they would be staying at home for the next five years. Still, they soldiered on, bringing in Gary Lineker as a more dangerous goal threat over the summer, which worried Gray enough to leave for Aston Villa, much to the dismay of Everton fans. Lineker caused a similar problem to Ruud van Nistelrooy at Manchester United in that while he scored a lot of goals, Everton became too focussed on creating chances for him. They ended up stuttering, an in-decline Liverpool pipping them to both the league and FA cup. However, the following season they went on to win another league title, although Kendall left at the end of the season for Athletic Bilbao.

It’s debatable how much of an effect the European ban had on Everton’s decline, seeing as most of the side stuck around until after they dropped into midtable. Kendall was the key loss, but it was more the loss of opportunity that added to their decline. Without the chance at European football, Everton had no way of establishing their reputation as a football power and improving their squad. They also had an excellent shot at winning the 1986 European Cup – their play was less suited to Europe than Liverpool’s, but they were still far superior to any other team involved. The swapping of Gray for Lineker caused issues domestically, but European football’s defensive trend would have suited him. Barcelona had desperately needed someone to pounce in the box in the final against Steaua Bucharest, someone like Lineker – hence why they bought him that summer.

Everton weren’t the only losers either, English football as a whole missed out. If Everton had won the European Cup, Liverpool may have been panicked into looking at the foreign market by their neighbours from across the park challenging their dominance. They had considered the idea before, arranging a deal with Michael Laudrup in 1983, only to change their terms and allow Juventus to swoop in. With a threat to their status as the best side in Europe, who’s to say Liverpool didn’t try a bit harder? Italian sides imported their foreign stars at the tail end of the eighties using money, but English clubs had the superior reputation to challenge them. The ban made it impossible, yet without it Frank Rijkaard and Marco van Basten could have been lining up on Merseyside instead of in Milan – other English clubs would need their own imports to keep up, so the foreign influx of talent could have come much earlier.

The problem with all this hypothesising though, is that Heysel wasn’t a freak occurrence. Hooliganism had been quite possibly the biggest problem English football had. Just 18 days before Heysel, a teenage fan died at St Andrews when a wall collapsed due to violence between Birmingham and Leeds fans. Take into account that Liverpool fans were well-behaved by English standards, and it was clearly a matter of when, not if, a major catastrophe would happen.

Everton were unfortunate with the timing of the disaster, but it was something that ultimately needed to happen for English football to clean up its act. Attendances had been declining since the sixties and bottomed out in the mid-eighties – just two years after Heysel however, they started to rise. Changes forced by the disaster made football fans stop acting like animals and Hillsborough forced the authorities to stop treating them as such. With a football match now safe to attend, it became more popular. Throw Italia 90 into the mix and you have the boom needed for the Premier League to start – English football was no longer the best, but it certainly was more trendy.

The ban came at a poor time for England, meaning they missed out on the start of football’s globalisation, yet it was necessary for the game to be sustainable. Look at Italy: although those who died at Heysel were innocent, it’s often overlooked that those sat in the opposite stand rather than the family one were not. Juventus fans had been sending fireworks from their side to the Liverpool end, and the year before Roman fans had posed a greater threat. 25 years later and Italian football’s ultra culture is as troublesome as ever. As a result, attendances have slid since the late nineties, summed up by champions Juventus building a new stadium to downsize their capacity rather than expand it.

English football, and Everton in particular, really missed out because of the ban, but it was something that ultimately needed to happen for England to sort itself out. The bigger shame is that it took something as big as Heysel for English football to really correct its problems.