Kurt Cobain; Ernest Hemingway; Lord Byron; Sylvia Plath; Vincent van Gogh; Virginia Woolf. History is full of creative people plagued by forms of self-destruction, and football is no exception: George Best, Antonio Cassano, Diego Maradona and Ariel Ortega have all mixed incredible ability on the pitch with destructive behaviour off it. Although, because of his generally childlike demeanor, perhaps it’s Paul Gascoigne whose troubles are most saddening.

Gascoigne’s relationship with football started at a young age, playing in the parks and streets of Gateshead before eventually signing for Newcastle in 1983, as did his unstable personal life. His family were not well-off and lived in a single room of a council house, moving several times in his childhood – his father even leaving for Germany in an attempt to find work and would eventually suffer a brain hemorrhage. Gascoigne himself suffered from Obsessive Compulsive Disorder, frequently gambled and shoplifted, and witnessed the death of a friend. Hardly the most stable of backgrounds.

Unsurprisingly, Gascoigne’s problems continued into his career. His drinking, pranks and partying have all been well-documented and, upon retirement, with little to distract or motivate him, his situation worsened, admitting leaving the sport “ripped his heart out”. The occasional stint in rehab or movement towards coaching aside, Gascoigne’s retirement has been a list of drug-related misdemeanours, health issues and legal problems.

Every couple of weeks, an image of him will pop up in an episode of Russell Howard’s Good News or Have I Got News For You, met with guffaws from the audience, because the image of a genius with infinitely more skill than they will ever possess slowly killing himself is so hilarious.

Rather than someone to sympathise with and wish to help, he’s something to mock.

Way back in the run up to the 1994 World Cup, though, this wasn’t the case. Post-Italia 90 tears, Gazzamania was in full swing. While his behaviour was criticised in the press, he was still the nation’s darling. His problems were overlooked for what he may produce; now he can’t produce, his problems seemingly don’t matter. To some extent it shouldn’t matter – as immature as he is, Gascoigne is a grown man so his choices are up to him, plus the support afforded to him by his family has not stopped him from relapsing – yet his status created a huge problem for then-England coach Graham Taylor.

Taylor somewhat underwhelmingly took over England after Bobby Robson’s run to the semi-finals at Italia 90. Despite the adaptation of style at Aston Villa and his use of tricky wingers, critics were concerned with his long ball tactics when England’s clubs were trying to move to the slower and more attractive style that many of the better international teams used, while it was also noted he had never actually won anything of significance as a manager or have done much as a player.

With the press already sceptical, the timing couldn’t have been worse for him to take charge. After years in the international wilderness, England had once again looked like a force at the 1990 World Cup and it was up to Taylor to build on this, however he wouldn’t have the same resources to do so. Peter Shilton and Terry Butcher retired after the World Cup, Bryan Robson was forced to join them due to injuries soon after and Des Walker lost any semblance of good form after moving to Sampdoria. As Jonathan Wilson has pointed out, “there is a puzzling tendency to regard any success in a tournament as the herald of a bright new era when it is at least as likely to have been the falling of a curtain on a previous age. People retire, injuries happen, form wanes, and – frequently – after one high, players struggle to summon the emotional energy to mount another assault.” 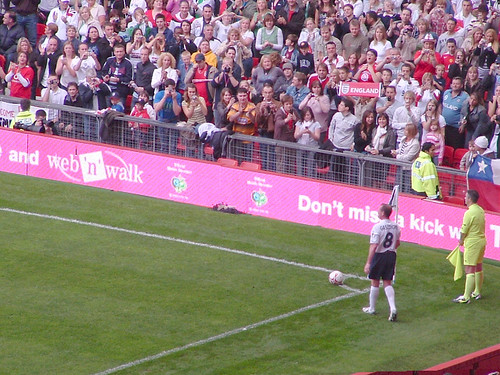 One of his biggest issues now was Gascoigne. There were few other creative options for England in centre midfield (or indeed anywhere, since Taylor strangely decided to leave out Chris Waddle and Peter Beardsley) so he should have been the creative fulcrum of the side. However, Gascoigne was never the most consistent of players and couldn’t always be relied upon to produce. This was fine before 1990 when he wasn’t necessary, but Gazzamania meant he had become undroppable. Hugh McIlvanney wrote: “Had he omitted Gascoigne and won narrowly, he would have been told vehemently that the inclusion of the nation’s most gifted footballer (which the midfielder, at his best, certainly is would have brought victory with style. Had Taylor dropped the portly one and lost as ingloriously as the team in fact did with him in the ranks, the savaging of the manager would have made his current mauling look like a caress.” Although, even if there wouldn’t have been any outcry if Gascoigne was dropped, who was there to replace him? Taylor’s truly was an impossible job.

In Taylor’s first game, a 2-0 win over Poland in a Euro 1992 qualifier, Gascoigne was anonymous. He was dropped in favour of the unspectacular Gordon Cowans for the next game, a 1-1 draw against Ireland, which “pissed off” Gascoigne but Taylor justified by blaming the heavy pitch. “I’m not saying Gordon Cowans is a better player than Paul Gascoigne… in this particular game I picked the right side to meet what I knew would happen.”

The inconsistency that meant people were beginning to question Gascoigne’s value again came to an end with several impressive performances in the FA Cup, taking Tottenham to the final against Nottingham Forest. Shortly into the match, he ruptured the cruciate ligaments in his right knee which ruled him out for all of the 1991-92 season, worsened by an attack in a Newcastle nightclub.

Despite the loss of Gascoigne, an erratic but undefeated England topped their qualification group, conceding just three goals. They headed to Sweden and did little different from the group stages of Italia 90, they drew their first two games against Denmark and France, but in their final group game, where they had snuck past Egypt in Italy, they lost 2-1 to the hosts, leaving bottom ofÂ  Group A. Here the criticism of Taylor intensified. He was moulded into a turnip by The Sun for their “Swede 2 Turnips 1” headline and the decision to substitute Gary Lineker in his final game for England, needing just one goal to equal Bobby Charlton’s record 49 goals, was seen as foolish. Taylor’s justified bringing on Alan Smith by saying England “needed someone who could hold the ball up”, but the direct style that Lineker didn’t suit was part of the problem for Taylor’s critics.

As everything was going wrong for Taylor, Gascoigne was starting to recover from his injury and was looking forward to a fresh start with Lazio. Taylor now desperately needed Gascoigne to get back on track and qualify for the 1994 World Cup in the United States. The initial signs weren’t good: asked for a message for England’s first qualifying opponents Norway, he replied “fuck off, Norway” and drank with Paul Merson at the hotel two nights before the game. Despite Gascoigne claiming to have had only a few, Merson “was on the brandy, put away loads of it.” The bill went on Gascoigne’s room, leading Taylor believe it was all his and he began to mention problems with Gascoigne’s “refuelling”.

Gascoigne did little in the first half of the match, but brightened up in the second, and, while England weren’t great, they were the better side – a draw was unlucky. Gascoigne gave his best performance under Taylor in the next game, a 4-0 win over Turkey, scoring two and assisting another. “I can’t remember any player who has influenced a team so much,” Taylor said after the game, but also made clear some of his fears over Gascoigne. “This fellow has got something about him which can still, if we’re not careful, bring him down. You’re on the edge all the time with him.”

Despite winning 6:0, England’s performance against San Marino was poor again, but another win over Turkey helped ease the pressure. In the next game against the Netherlands, an elbow by Jan Wouters fractured Gascoigne’s cheekbone and, without him, England seemed less dangerous. Still, England were leading 2-1 with four minutes left, they were still on course – that is until the horrifically out-of-form Des Walker clumsily fouled Marc Overmars and Jan van Hossen scored the resulting penalty. Suddenly, there was a realisation that England may not qualify.

Luck was on England’s side against Poland, Ian Wright rescuing a draw after being dominated by the Eastern Europeans, despite Gascoigne’s return, but the next game against Norway was to be Taylor’s worst. Coming up against another great long ball merchant in Egil Olsen, who had made Norway a genuinely good side, Taylor made a very specific plan to nullify Jostein Flo, a target man who played on Norway’s right wing. In came Gary Pallister on the left, only for Flo to start on the left, completely messing up Taylor’s plans. Although he seemed to be targeted for rough treatment, Gascoigne was awful, repeatedly giving the ball away. The set-up was all wrong, and it was clear England weren’t comfortable. Unsurprisingly, they lost 2:0.

England were impressive in their 3:0 win over Poland and, with San Marino a guaranteed three points no matter how bad they were, there was still the possibility they could secure qualification with a win over the Netherlands. They lost 2:0. Ronald Koeman should have been sent off for a professional foul and, typically of Taylor’s reign, it was he who scored the opening goal. If Norway beat the Netherlands, there was still a possibility England could qualify; they didn’t. To embarrass England further, San Marino led them after 8 seconds thanks to computer salesman David Gualtieri; even though they went on to win 7:1, it couldn’t be seen as a positive result. A week later, Taylor resigned.

Taylor made plenty of mistakes, but he has to be the most unfortunate manager in England’s history, made worse by the fact he wasn’t really wanted in the first place. The lack of talent available meant he was forced into relying on Gascoigne and he tried to set the team up around him, regularly sitting two defensive midfielders behind him. The tactic was dangerous precisely because Gascoigne couldn’t be relied upon to perform, if he was even present at all. He claimed it could often take him up to 25 minutes to get into a match and, after the Poland game, admitted he wasn’t up to scratch, “I know my fitness has dropped back a bit. I set myself high standards and I think I could have done more. My game is about passing, turned away from people and getting away from them. I didn’t seem able to do that”. Taylor put it rather more bluntly: “He has a weight problem and he has to take the responsibility”. Gascoigne was too busy being Gazza to get in shape, so Taylor’s already feeble construction came tumbling down.

For all their differences, the pair’s treatment has been sadly similar. Neither Gascoigne or Taylor have really been done justice by the public they were meant to be supported by.

One thought on “Graham Taylor vs Gazza”